So many boards, districts, parties and agencies ... so few wax museums.


Yesterday it was reported on Fb -- by Adam Dickey -- that Adam Dickey, already New Albany's most prolific political operative since the city's population was comprised of 100% immigrant Scribners, now is serving on yet another board, or body, or panel of something-or-another, charged with influencing the way we live for decades to come. 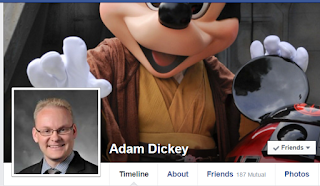 That's fine. We've disagreed on occasion, but let's join in the congratulations. After all, Jeff Gahan made it all possible ... and it all flows from him.

It also would be helpful if at some point, Adam and these various other people involved with their perpetual crusade to run everything might actually explain, publicly and for attribution, exactly what it is they stand for, apart from perpetually maintaining the political fix already firmly in.

Since I couldn't find a suitable photo of the Politburo massed atop Lenin's Mausoleum for use as accent, let's cut directly to the chase, and examine how the Soviet Union's founder came to be embalmed.

More people have seen Lenin's mummy than any other mummy in history. It's a tourist attraction, a cultural artifact, and as you'll see, a political gimmick. How did this weird monument - denounced by Lenin's official historian as an "absurd idea" - come into being? Here's the full story.