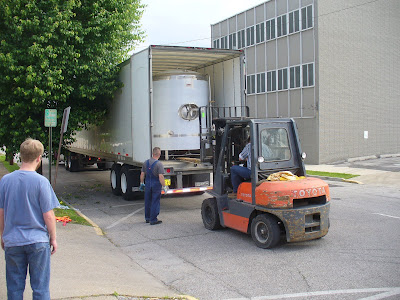 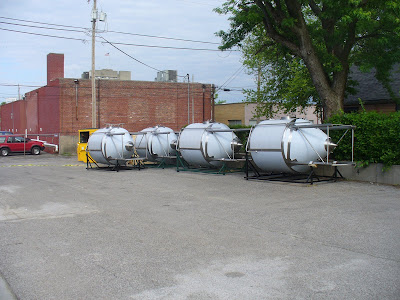 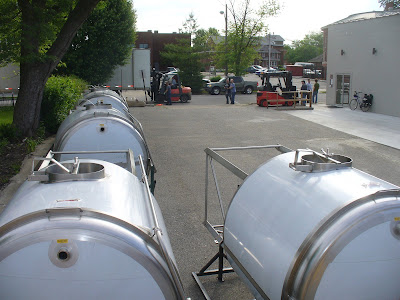 Ten years ago (May 11, 2009) I was so excited that a rare exclamation mark was merited: "NABC's brewery arrives on site!"

Imagine the number of exclamations required had the forever fevered DNA been telling the story.

We opened the front of the house in March with draft beer from NABC's original brewery, as well as guests taps. The DME system took a while to install, which David Pierce managed with his characteristic aplomb, and brewing began circa July.

Now that Bank Street Brewhouse is closing (the last day is Saturday, May 25), a big piece of the "what's to come" equation is exactly how much this brewery is worth after a ten-year run. Of course the best answer is "it's worth what the market will bear." I've no idea what my former business partners are asking, and I've been away from brewing a bit too long to hazard a guesstimate about used equipment pricing.

I'll have to wait and see just like you. In the meantime, as a reminder, it actually wasn't my idea to adorn the BSB brewing system with faces of famous Commies. It was a surprise gift, and I was very surprised -- as well as appreciative. 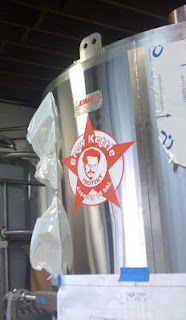 Dr. Pierce said...
This comment has been removed by the author.
7:55 PM

I look ten years younger here, so does Mr. Beard. The stars with commie names was my idea, but Tony took it the next level. John Campbell supplied the more obscure names. Good Times.