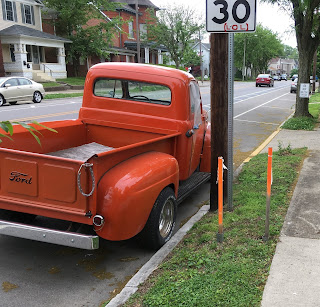 The bookseller filed a report midday on Friday.

As many of us had expected the speed test on Spring Street has ended 3 days after the primary.


It took six months for HWC Engineering's deliberate abacus to register sufficient "results" which may or may not correspond with what we see with our own two eyes each day.

These "results" now will be compared to precinct vote totals to ensure Jeff Gahan's dwindling support isn't compromised by drivers infuriated at a two-minute delay to cross town.

But even as we speak, the speed pandering test has being shifted to Market and Elm Streets. 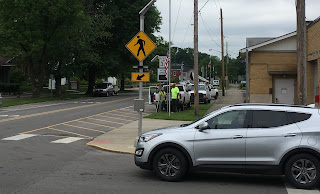 Came a follow-up over the wires yesterday.

I asked 'is the test over' and the contractor smirkingly said 'on THIS street.' It was as if he was counting his gold and shopping for a new bass boat.


But wait a minute. HWC Engineering surely is synonymous with gold in the mind of our wheeler-dealer Bunker Elvis. 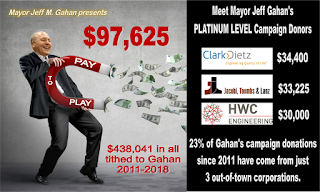 So, if a speed test is to be run simultaneously on both Market and Elm, that's another six months, which coincidentally takes us past the fall mayoral contest and into a presidential election year, when nothing further will happen because everyone's busy arming for the culture war.

Add on six month increments for another dozen streets, and we're far into Veneer King's fourth term -- he'll be drawing social security, we'll still be testing streets, the cars won't be moving any slower but every HWC Engineering employee, sub-contractor and their grandchildren will have copped a new bass boat.

I sure as hell didn't vote for him; you did -- and now you're getting exactly what you deserve, good and hard. Stick around until 2023, just before the primary, and 3rd district councilman Greg Phipps might be allowed by his handler to produce another miracle just like this one.

The four-way stop at Elm & 13th, and why openness and transparency matter.


Previously, back at the beginning of December, 2018, we took a closer look at how unreal this simple process can be in Anchor City.


Speed Thought Control: Board of Works, city engineer still unable to grasp reality when it comes to speedway street grid dangers, so they spout meaningless drivel.


Shouldn't they be fighting to implement safety measures, rather than making the sort of "we can't do nuthin' at all" excuses, just like this oldie but still goodie:

Summers said he does not think a stop sign or signal can be installed at Fourth and Spring because a traffic count would not warrant one. He said there is not enough traffic on any of the side streets, off of Spring, that would require a stop sign.


Jeeebus, Larry: then conduct the fucking traffic count as a prelude, and if the state's cars-first standards aren't serving the cause of walkable street grid safety, can't we fight against THEM, to do what's right for US, rather than dismissing safety because enhancing safety is too much trouble?


The verdict is fairly clear. Jeff Gahan has no intention of slowing cars downtown if doing so inconveniences drivers.

He's a dull-witted, car-centric suburbanite, and that's that. 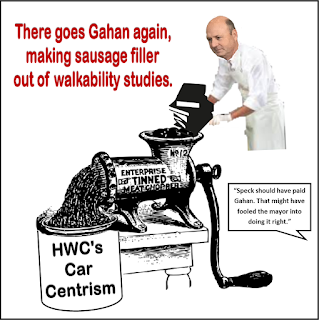