The death of Arnold Rothstein -- and the life of Nick Tosches. 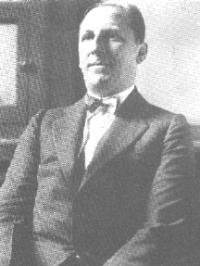 Arnold Rothstein died 77 years ago today of an infection resulting from a bullet wound to the abdomen.

Arnold who? Wikipedia begins its entry on Rothstein with this paragraph:

Arnold Rothstein (January 17, 1882 - November 4, 1928) was a New York businessman and gambler chiefly famous for his role as a kingpin of organized crime. He is also widely reputed to have been behind baseball's Black Sox scandal in which the 1919 World Series was fixed. His notoriety inspired several fictional characters based on his life, including "Meyer Wolfsheim" in F. Scott Fitzgerald's novel The Great Gatsby, and "Nathan Detroit" in the Damon Runyon novel "The Idyll Of Miss Sarah Brown", which was made into the musical Guys and Dolls.

Of course, the 1919 Black Sox scandal was back in the daily news during the recent title run of the 2005 White Sox, and helpfully, one of my favorite writers, Nick Tosches, has a new book on the shelves that purports to be a biography of Rothstein – “purports,” as if intent is ever simple when it comes to Tosches’s accumulated works.

The book is called “King of the Jews,” and I’m far enough into it to emphatically agree with the topic sentence of this “Booklist” review by Keir Graff. 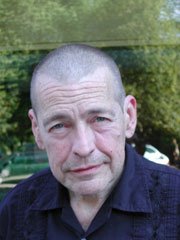 "[Tosches's] book is sometimes boring, sometimes brilliant, often irritating. Readers looking for a gangster tale will be sorely disappointed — readers who want to know what it's like to live inside Tosches' head will hit the jackpot."

In the latter, Tosches audaciously sets out to explain the entirety of 20th-century American cultural and historical experience through the life of the beloved crooner, television personality and founding member of the Rat Pack.

He succeeds in making the case.

You’ll just have to read the book to see how he does it, but trust me – he does it. Read a small excerpt here.

Accordingly, in the first 50 pages of “King of the Jews,” Tosches finds time to trace the origins of dice and the etymology of Hebrew words for God amid surprisingly brief renderings of Rothstein’s life, about which little is known beyond chronologies.

It bears repeating that one can never be sure where Tosches is heading next, but this is a quirk accepted as part of the purchase price by knowing readers, who consent to lie still and be transported to places that could not possibly be connected with the book’s stated aim, but always are in the end.

Raise a glass on Friday night and dedicate a sip to Rothstein, or more appropriately, to Tosches, himself a dying breed in a changing American literary landscape.
Posted by The New Albanian at 11/04/2005 12:02:00 AM