ASK THE BORED: Maserati, Mussolini, Missoula -- whatever, so the Green Mouse is off to learn more about Dan Coffey's HH parking profits at the infamous grassy knoll. 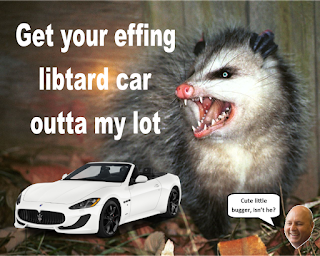 With any luck at all, we'll learn more this morning -- but tongues are wagging about a certain woman and her Maserati.

Faced with an abominable two-week parking blackout owing to the presence of Fiesta Rides, many of the businesses asked both the city and Harvest Homecoming if there was additional parking elsewhere.

They were all told no, and yet right there in spitting distance was Coffey's personal Harvest Homecoming pocket-stuffing, electricity-bill-paying mechanism.


All along, the Green Mouse's informants have insisted that while Coffey never had permission from anyone to run a for-pay parking lot on city property during Harvest Homecoming, at least he donated most and maybe even all of the proceeds to the Knights of Columbus.

(The Green Mouse also was told not everyone at the K of C appreciates Coffey's recent annexation and personal branding of the organization, but that's their problem, isn't it?)

However, according to the latest series of juicy rumors, the K of C's profits were lessened considerably after an altercation during HH inside Coffey's grassy knoll parking lot between a woman's Maserati and a trash barrel. As this story goes, in the absence of permission or insurance, a settlement for the damage to the tune of a couple grand was reached -- with the money coming out of the K of C's cut.

Seeing as those types of "them people" in Italian luxury sports cars generally are the bane of Coffey's ward-heeling existence, it must have been a hilarious negotiation. 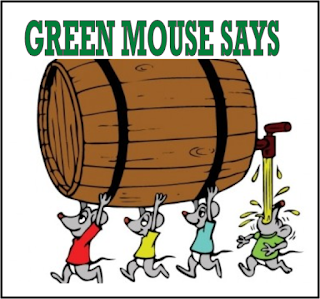