Rightly or wrongly -- read: ultimately -- my judgments about music come down to whether or not it is memorable. Does it stay in my head, to be fetched when necessary? There are no hard and fast rules governing this process. Sometimes, assessments change, as with my earlier reference to Kasabian, and how watching the band perform live led me to listen to an album with altered ears.

THE FIVE BEST OF THE REST

Mbongwana Star … From Kinshasa
Pure party music from the Congo. Go here for a detailed explanation. This one could move up in the rankings.

Dengue Fever … The Deepest Lake
A band that exists to remind us of legacies, often tragic, in Cambodian pop music, while transcending the past with new, multi-cultural releases. Previously at NAC (2012): Dengue Fever: "They’ve Got Those Mekong Blues Again."

David Gilmour … Rattle that Lock
Keith Richards … Crosseyed Heart
These two albums by grizzled rock and roll veterans could not be any more different. Keef falls back on the blues, peppered with riffs; atmospheric, though perhaps not truly memorable. Gilmour returns with a tasteful, tuneful song cycle about time.

Modest Mouse … Strangers to Ourselves
The usual manic schizophrenia, and one of my favorite songs of the year.

Coldplay … A Headful of Dreams
Coming on the heels of last year's resolutely forgettable Ghost Stories, an actual pulse is something to be appreciated. But that's about it, and really, the Super Bowl?

Finally, I greatly admire the craftsmanship of these bands and these albums. This said, nothing about the albums grabbed me. So it goes. 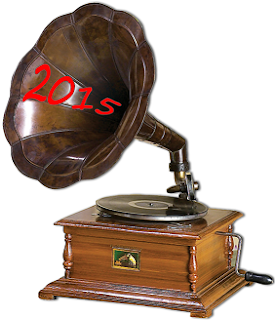 Email ThisBlogThis!Share to TwitterShare to FacebookShare to Pinterest
Labels: Roger's Year in Music 2015