A century of Sinatra.


Just last week, making not explicit connection to Frank Sinatra's centenary, I listened to a collection of his hits with Tommy Dorsey's big band (1939-1942). Dorsey was an old pro, business-minded, "no bullshit" taskmaster, and he saw Sinatra's talent (and profit potential):

"You could almost feel the excitement coming up out of the crowds when the kid stood up to sing. Remember, he was no matinée idol. He was just a skinny kid with big ears. I used the stand there so amazed I'd almost forget to take my own solos."


Dorsey and Sinatra were like father and son, until Sinatra wanted out of his contract. Then it got contentious, and they never made up. Dorsey again:

"(Sinatra's) the most fascinating man in the world, but don't put your hand in the cage."


All else aside, in the end it was all about the music, which will be how Sinatra is remembered.

... On what would have been his 100th birthday – Sinatra was born in Hoboken, New Jersey, on 12 December 1915 – it’s worth remembering that for all that he is fixed in the public mind as the Chairman of the Board, or the boorish leader of the Rat Pack, Sinatra was at his most remarkable as a singer and, even as his voice faltered as his career neared its close, it was as a singer that he sought to cement his legacy. 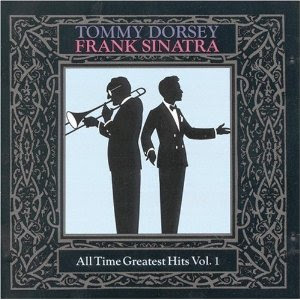