When we pause to consider the type of rock/pop music Roger (that's me) tends to like, the year 2014 must be acclaimed as one of the finest musical times ever.

It was so very wonderful that five of my favorite albums of 2015 were released in 2014. I just didn’t get to them until this year. They'll go first, and then nine more installments will tell the story of 2015's tunes.

The usual disclaimers apply: I'm old, and I like what I like. There's no lofty detachment here, just the music that wormed its way into my head.

Kasabian … 48:13
The album simply did not resonate until I watched the band’s headlining performance at Glastonbury (2014) on YouTube, and then suddenly everything clicked. I spent the month of January 2015 listening to this.

Simple Minds … Big Music
My favorite album of 2014 was Futurology by Manic Street Preachers, who openly (and often) used its positive reception to acknowledge the band’s debt to Simple Minds, and so finally it dawned on me to listen to the latter’s album from the same year. The older you get, the more you appreciate late career arcs.

Now, if I only had a career.

Future Islands … Singles
Synth rock? What is becoming of me?

“We hear most of Singles, a record full of synthetic bittersweetness and yearning, delivered by a frontman who goes in for Cossack head-banging, Italianate hand-gestures and belly-flops on to the stage.” (The Guardian)

Catfish & the Bottlemen … The Balcony
I like the guitars, the hooks, the spirit and the overall vibe. I dislike the patina of misogyny that surfaces here and there, even if we chalk it up to youth; they look like they’re 16. But I'll keep listening.

The Struts … Everybody Wants
Def Leppard’s Joe Elliott told an interviewer this band struck him as “Slade meets Queen,” and he is exactly right.

What is Slade? Rather like the UK’s answer to Grand Funk, beloved by fans and slagged by critics.

What is Queen? Get out of here. 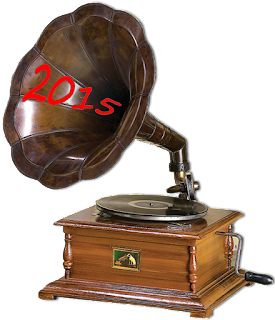