ASK THE BORED: Horse posteriors. Anti-intellectualism and indie business shaming on July 18. It's just as Jeff Gahan trains his blundering gatekeepers to be. 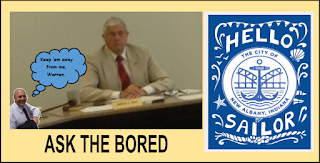 The city's mode of presenting relevant documents can make it challenging at times, but we persevere. There comes the pivot when you let their words speak for themselves, and so following are minutes from the Board of Public Works and Safety meeting last Tuesday (July 18).

After the minutes, blog links are provided from last week's coverage of the social research survey snafu, followed by the transcript of an exchange at the Bookseller's Fb page. 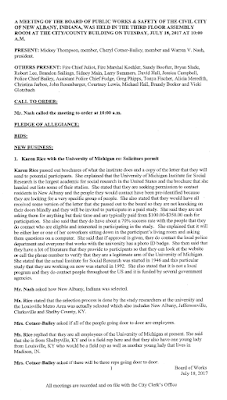 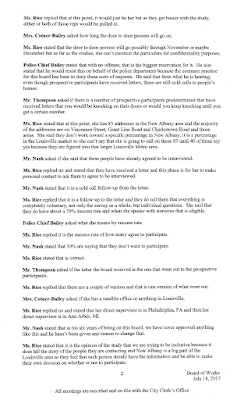 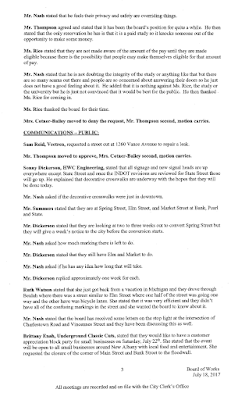 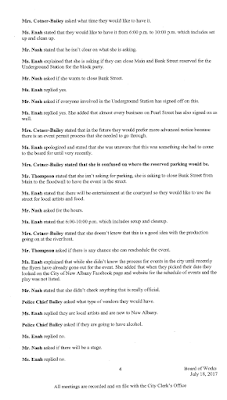 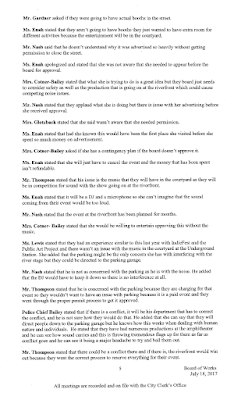 
3 Warren's sad Board of Works social research meltdown: "Jeff Gahan’s appointees could use a refresher course in due process. After all, it is a tenet of representative government and basic justice."

1 Democratic Party stalwart Warren Nash: Heck, this board hasn't ever approved social research study requests. Besides, we already have a captive sociologist. 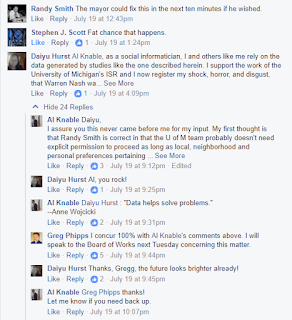 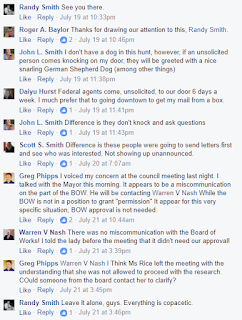 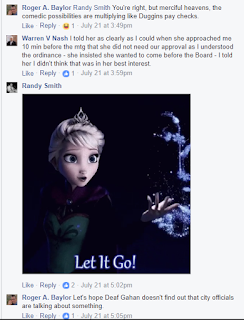 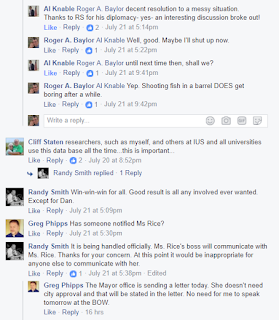 Perhaps the most revealing part of the Fb transcript isn't when Warren Nash knowingly contradicts his own meeting minutes. We've come to expect it from him.

Rather, it's when councilman Phipps -- seldom the punctual debater on social media -- leaps heroically into the fray to forge a resolution, and naturally begins by thanking the wrong people for prompting the investigation.

BUT look at the top of the BoW meeting minutes, and you'll see Phipps' name as among those attending the very same BoW meeting when all this first occurred.

Was Nash napping, or was Phipps -- or both? Maybe they had to check first with Adam Dickey to determine whether they were there, or not.

The request was shelved owing to the concurrent RiverStage production at the amphitheater, and probably legitimately, but it's the tone of rejection you should note.

I corresponded with Brittany after the meeting, and she felt angered and humiliated by the board's attitude, which I view as a legitimate reaction on her part, seeing as the otherwise dispassionate meeting minutes completely convey the bullying flavor of the interrogation.

Seemingly everyone in the room (except Phipps, who was there but apparently wasn't there) took a turn at bat upbraiding Brittany for not knowing proper procedures.

When was the last time anyone from the board or any other arm of municipal government undertook to educate anyone about anything?

It's delicious: petty Nashian officialdom on what is and isn't really official. Next week, if merited, he'll flip to a different explanation, and Dickey will bask in the warm glow of tumescence.

If indie business owners don't know the exact procedure for such requests, then perhaps an august institution like Develop New Albany could take precious time off from planning another spate of one-off "signature" events to educate the business owners to help plan their own events properly -- but wait, maybe the Board of Works itself might embrace such an inclusive attitude.

You see, the reason why this street closing request played out the way it did is because Jeff Gahan's monetization regime needs to control events, because to control events is to (a) regulate their content according to Gahanian standards of suburban propriety, and (b) exact the proper rivulets of tribute in return.

The only surprise last Tuesday is that Nash didn't inform Brittany that she should join DNA at the proper partnership level if she expects any degree of politeness and helpfulness from the Bored.

DNA is the "official" arm. Underground Station? Just a bunch of indie business complainers who won't pay the right lady.

In summary, last Tuesday's meeting did not represent a shining moment in the recent history of the Board of Public Works and Safety. Few do, but this one was special -- epochal, perhaps.

Team Gahan's corrosive paranoia and compulsive wagon-circling seem to have been codified in official policy. Insiders are coddled, and "outsiders" scorned with bureaucratic gobbledygook, if not open abuse.