Precedent suggests Duggins should have offered Sonoco roughly $1.33 million to close AFTER the election. 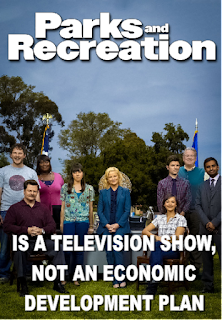 We interrupt our usual discussions of political chicanery with an economic dishevelment bulletin from David "Boilerplate" Duggins.

Seems it is official: Sonoco will join Pillsbury, Indatus and StemWood as prominent businesses leaving New Albany or ceasing to exist during Duggins' watch.

May we surmise that a completely imaginary relief package, similar to the $7 million pretended to be thrown at Pillsbury's moving vans by Duggins and Mayor Jeff "But Water Park" Gahan, as part of crass political theater believed by absolutely no one in town not named Pat McLaughlin, is being devised for Sonoco as we speak?

Sonoco is permanently closing its packaging plant in New Albany, Ind., and laying off all 76 employees in the process....

In a letter to the Indiana Department of Workforce Development, a human resources manager said the company has confirmed the decision to close the plant at 705 Pillsbury Lane. The plant is expected to close by the end of August 2016 and employees will all be laid off by Jan. 2, 2016.

More than 400 employees of the adjacent General Mills-Pillsbury plant are facing layoffs, after plans to close it were announced in February. Sonoco was contracted to make the paper and metal cans for dough products and deliver them by conveyor to the Pillsbury plant. Pillsbury is also expected to close by mid-2016.

Maybe a water park II out there will spur jobs growth.