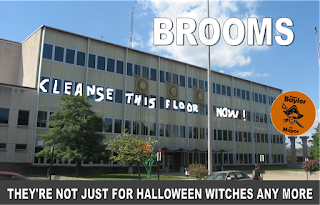 There are unmistakable echoes of Hillary in the current occupant's attitude toward his e-mail. Following is a platform plank I commissioned from my campaign team.

As you will know, any and all correspondence (or documents or recordings) sent to or received by the mayor regarding city business would be subject to the open records act and could be requested by any person.

So in the interest of transparency, why doesn't the mayor restrict his email communication to an examinable city account? Why, indeed.

Proposed: All email communications to and from the mayor must be through a city account. Any email received via another account, personal or otherwise, must be forwarded to the city account by the mayor and all must be responded to by means of the city account. The mayor should have up to 20 days from receipt to forward the same.
Posted by The New Albanian at 10/18/2015 10:47:00 AM