Pedestrian safety? Maybe the VFW shouldn't push a mountain of snow onto the sidewalk (hint: It blocks pedestrians). 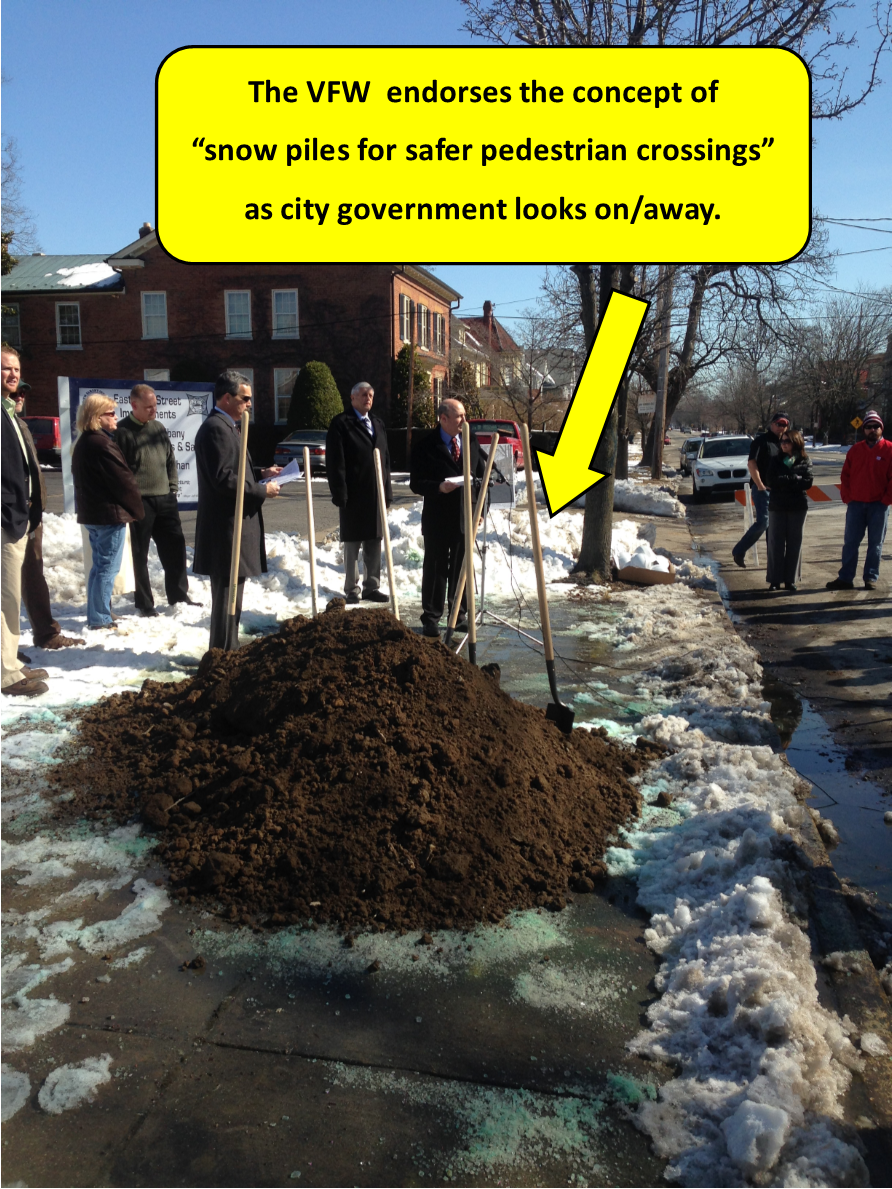 It's good to know that the Board of Works completely ignored our complaints about the VFW routinely shifting snow from its unused parking lot to the public right of way.

Thanks, guys. Bear in mind that these photos were taken two days after the snow fell. Here's another shot of the festivities on Wednesday morning, when the city held a groundbreaking ceremony postponed from Monday, but forgot to let the public know about it.

Who gets the demerit for that one? 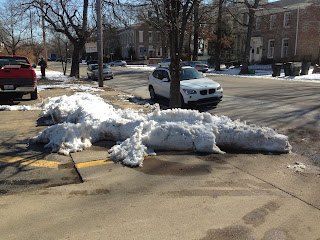 Daniel somehow kept a straight face and covered the proceedings for the newspaper.

NEW ALBANY — Admittedly the initial part of the project will be startling, as trees will be removed and the right-of-way cleared along East Main Street, but New Albany officials believe the $2.4 million in improvements planned for the corridor will have a substantial impact on pedestrian and vehicular safety in the corridor.

The city formally kicked off the project with a groundbreaking ceremony on Wednesday. Improvements will stretch from East Fifth Street to Vincennes Street, and the most noticeable change will be the installation of a grassy median.