THE BEER BEAT: Jim Koch ponders whether it's "Last Call for Craft Beer." 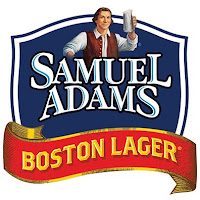 I recall seeing an article, five or six weeks ago ... ah, yes. This version will do nicely.

Sam Adams sales are down, and so is Boston Beer’s stock, by Dan Adams (Boston Globe)

An early pioneer of the craft beer industry, Boston Beer reported an operating profit of $137.7 million for the year — down 12 percent from $156.2 million in 2015. Meanwhile, depletions — sales of Boston Beer products from distributors to retailers — fell five percent in 2016.


He's written a whole op-ed piece about it (below), and again, he's almost certainly on the mark, though it is important to establish context.

Much has been written about the "craft" beer bubble, and whether it will burst. People ask me about this all of the time, and I think it's fairly clear that many of those smaller breweries investing on a production model dependent on package product in the marketplace will continue to be hurt both by a crowded market and the monopolistic tendencies of those at the top of it.

At the same time, breweries in business to make beer primarily for on-site consumption (the brewpub model), which focus on creating destinations, placemaking and community involvement, seem to have rosier prospects.

Personally, I've enjoyed watching Floyd County Brewing Company evolve, and whatever else one might say about FCBC, focusing on your own footprint takes much of the anguish and guesswork out of it. Kitchens are tough, but there's still more control compared to dealing with far-flung networks of wholesalers and retailers.

Just my two cents. It's hard feeling sorry for Jim Koch, though in some ways I do. Samuel Adams Boston Lager is one of the most important beers in American brewing history, whether "craft" or macro. It helped pioneer a whole segment, and it's still really good for what it is.

Might Boston Lager, a beer of genuine quality and pronounced flavor, ever enjoy the sort of thoughtless hipster-cred-borne comeback of Pabst Blue Ribbon, where just being seen holding a bottle or can of the brand enough to overcome the absence of discernible character in the liquid?

Hard to imagine, isn't it? That's really too bad. Boston Lager actually deserves it, but as becomes increasingly more obvious, "craft" beer savvy is a mile wide and an inch deep, if that.

Take it away, Jim.

Is It Last Call for Craft Beer?, by Jim Koch (New York Times)

When craft brewers get together, we agree that this is the greatest time in history to be a beer drinker in America. In 1981, there were only 82 breweries in the United States, and our beer, fizzy and flavorless, was the laughingstock of the beer world. Today, America is home to over 5,300 small, innovative craft breweries making unique, flavorful, creative brews.

But we also agree that the horizon isn’t so bright. After years of 15 percent growth, the craft sector is down to the single digits. Part of that is to be expected in a maturing part of any market — but it’s also a result of a pushback by a handful of gargantuan global brewers, aided by slack government antitrust oversight. I worry that yet another major shift in the beer landscape is upon us — and this time, American consumers will be the losers.