In #OurNA, we'll get serious about affordable housing -- after Breakwater is finished, of course. 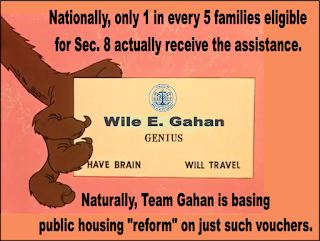 Today on the DemoDisneyDixie channel, we're screening Pinocchio. In fact, Adam has front row seats, and TIF's buying the popcorn. 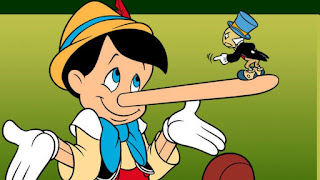 In entirely unrelated news, Team Gahan says that from this point forward, the city's going to get super-duper serious about affordable housing!

Any new private housing development that received local government support will be required to reserve a percentage of the units for low-income residents.


You'll notice that Wile E. Gahan's spine didn't stiffen until after Flaherty & Collins was buffed, polished and subsidized to build "luxury" apartments along Spring Street. The Break Wind Lofts at Duggins Flats has been about climate-controlled bidets, not workforce-rates.

Over in Louisville, Gahan's political idol is dealing with a "moving goalposts" situation. How Greg Fischer deals with it, or doesn't, might offer prime lessons for our own Dear Leader -- who seldom if ever listens.

Paying off the politicians to change the rules, by Aaron Yarmuth (LEO)

Now, however, the Georgia-based developer, Flournoy Development, says it can’t afford the project… because its deal with the city requires reduced rental rates on 18 apartments. Just 18 of 270…

The reduced-rate apartment requirement isn’t something new. The city didn’t suddenly surprise the developer with this news. Rather, the company seems to have waited until it had enough leverage to renegotiate (and squeeze every last dollar out of the deal) — or something else is afoot.

To keep the project going, the developer is offering the city $500,000, and in exchange it won’t have to offer 18 apartment units at a lower, “workforce” rate ...