THE BEER BEAT: BrewDog's private equity $$$ bonanza: "Not bad for ten years of being rude about the rest of the UK brewing industry." 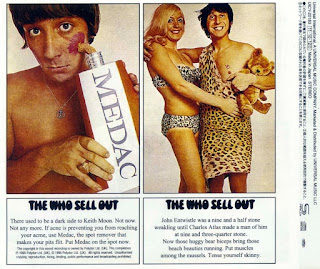 For those who are unaware, Martyn Cornell's web page is a great source of beer information from a British perspective.

"I am sure Alastair Hook and the guys at Meantime, whose beers BrewDog withdrew from its bars after the Greenwich brewer was bought by SAB Miller, are smiling sardonically."


BrewDog's antics have entertained me for a long time. The company's success reminds us that while P.T. Barnum may have been an American, hucksterism never has been confined to just one country. I hope the founders of BrewDog make a mint, whether in dollars, Euros or pounds sterling.

I'll be at a local establishment somewhere, drinking myself to sleep.

The REAL story behind BrewDog’s ‘sellout’ is that crowdfunding will only get you so far, by Martyn Cornell (Zythophile)

The real story behind the news that BrewDog is copping more than £200 million from the private equity firm that also part-owns Pabst Blue Ribbon, is not, despite the howls of “hypocrisy!”, that nobody can resist a big juicy cheque, no matter how punk they claim to be. It is, rather more sadly, that crowdfunding will only get you so far, and if you have really big ambitions, you’re going to have to get in bed eventually with The Man.

The deal with TSG Consumer Partners, the $5bn 30-year-old San Francisco-based private equity sees TSG acquire “approximately” 22 per cent of BrewDog for what the Sunday Times says is £213 million, split between a £100 million investment in the firm and £113 million paid to existing shareholders.

Of the two founders, James Watt is seeing his stake in the firm drop from 35 per cent to 25 per cent and Martin Dickie’s slice goes down from 30 per cent to 22. It’s not clear (to me, anyway) if that dilution is because the pair are selling 18 per cent of the firm between them to TSG, or some of the fall in their percentage ownership comes from new shares being issued: the Sunday Times says one of the motions passed at last month’s BrewDog AGM in Aberdeen saw the creation of a new class of preferred shares, which would guarantee TSG a minimum compound annual return of 18 per cent if the company is bought or floated. There’s a fair bit of dilution, I reckon, or the figures for how much existing shareholders are getting out of the deal don’t add up.

But even so, I’d say James is receiving north of £50 million and Martin more than £40 million. Not bad for ten years of being rude about the rest of the UK brewing industry and winding up the Portman Group. Looks like Dr Johnson’s comment more than 230 years ago about selling a brewery being the way to become rich beyond the dreams of avarice is still true ...