New England 2017: From the top of Mt. Holyoke, the Pioneer Valley is stunning.

The sound is crummy because of the wind.

As is my usual custom, I'll be posting photos, commentary and links about our trip; the daily accounts will be back-dated to coincide with their occurrence. It won't be the most thrilling reading, but in addition to whatever else NAC may or may not have become over the years, it's still a personal blog, and you're fully entitled to views of our holiday.


Jen was off work for spring break (Ben wasn't), and the weather was favorable -- cool but clear -- so we took Ruby for a hike up Mt. Holyoke.

I should say: "Jen took Ruby for a hike." Diana and I merely walked alongside mother and daughter, all the way up to the top. 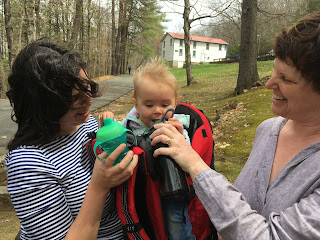 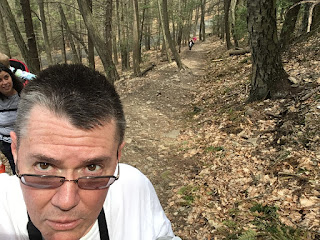 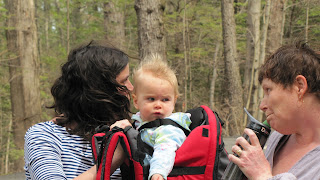 It's called Skinner State Park, and there's a building called Summit House, located just where you'd expect. Jen and Ben got married there. There's also preserve called Mt. Holyoke Range State Park. The wooded hills rise from the Connecticut River, with the valley being referred to as the Pioneer Valley.

As a stray historical reference, the nearby town of Hadley was settled 200 years before the American Civil War. 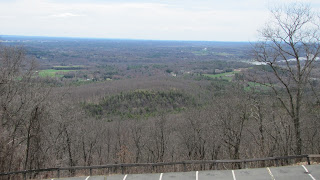 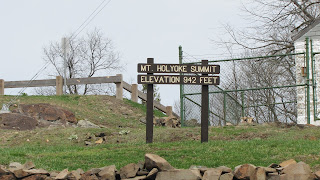 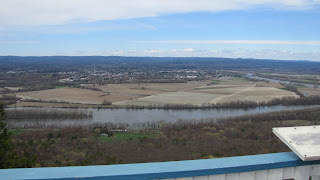 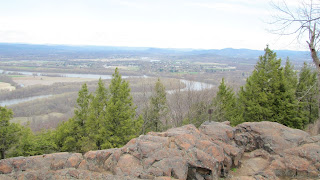 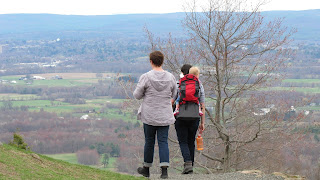 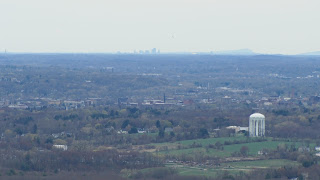 Those big buildings on the horizon? They're in Hartford, Connecticut -- approximately 45 miles away. 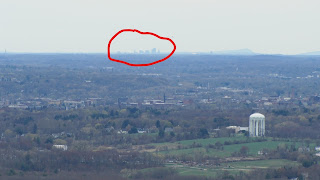 In route back to South Hadley, we stopped at Barstow's Dairy Store & Bakery for lunch, followed a bit later by the hiker's reward, as brewed by Tree House. 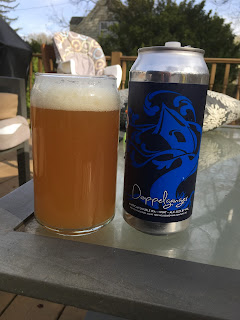 I drink very few IPAs these days, but Ben's a fan. He had his garage fridge packed with hoppy regional specialties, so when in the Pioneer Valley ... you drink a fine example of New England IPA just like this one.

It was without a doubt the best beer I've ever consumed while watching folks fell a dead tree -- in this case, Ben and his dad Marc, with the help of Marc's Unimog, working in Ben and Jen's back yard while the rest of us applauded from the patio.

At some point, chicken breasts and asparagus were thrown on the grill. I was on another Doppelganger by then.