The Fork (and Cheese) in the Road has not been seen because Jeff Gahan is holding it hostage until someone gives him more campaign finance gravy. 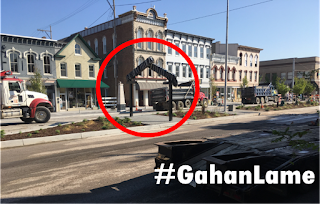 It's an election year, and all of Team Gahan's campaign-finance-enhancement construction projects are behind schedule, so the whip is coming down. Crews are rushing to complete various beak-wetting bonanzas as the rest of us scratch our heads and recall those two forgotten words in Gahanist lore: quality control.

Many people have asked what became of Fork in the Road, the sculpture removed by Gahan's mercenary thugs in the run-up to unnecessary Market Street beautification.

The city has not commented on the whereabouts of the Fork (and cheese) in the Road. What we'll get instead of a unique, iconic locally produced sculpture is an HWC IKEA ceremonial gate that looks like every other such Disney-fried atrocity in every other place where money-grubbing politicians farm art to aesthetic assassins -- like HWC. 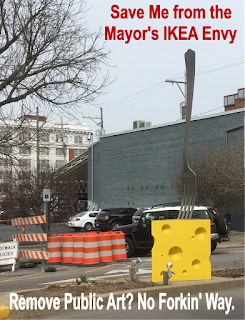 Gahan the Destroyer's war on public art: Down comes the Fork in the Road, up goes the inevitable replacement. 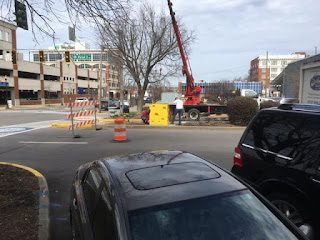 New Albany's Fork in the Road to fall victim to HWC's whitewashed and IKEA-inspired design. 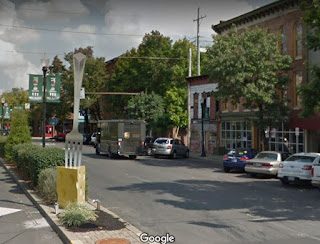 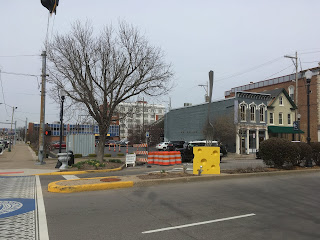