Revisiting Rumpole of the Bailey.

Seven years later, the cycle has begun anew. It's back to 1970s-era London, only three decades removed from the Blitz; to Pomeroy's and Chateau Thames Embankment, the petty lawless Timsons, Soapy Sam and She Who Must Be Obeyed.

Between Rumpole's inception and Sleaford Mods, what on earth did Margaret Thatcher DO to this country? 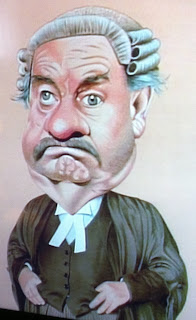 The timing wasn't intentional, but just days after the 10th anniversary of the actor Leo McKern's death, the Confidentials approach the end of an epic viewing cycle. 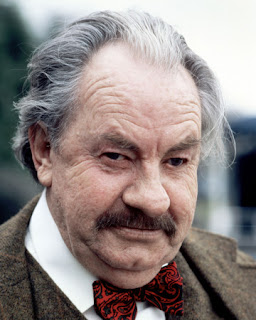 There are 44 or so episodes in the Rumpole of the Bailey canon, and only three remain for us to watch. For the uninitiated, these are atmospheric British courtroom dramas, originally produced from the mid-1970's through the early 1990's.

Here's an overview, written in the aftermath of McKern's passing a decade ago: Appreciation: Rumpole, farewell!

I'm not sure what it means, but we've been watching British television almost exclusively this year. Maybe it's time to travel again.
Posted by The New Albanian at 8/13/2019 10:45:00 PM