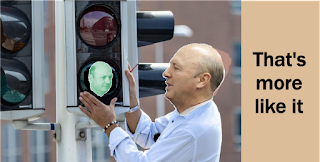 "Silent Jeff" Gahan served eight excruciatingly underachieving years as a councilman, followed by seven years and 238 days as the city's second-worst mayor ever (behind Warren Nash) before at long last becoming vaguely aware of an opioid crisis in New Albany -- wait, I'm sorry, make that "Floyd County" -- none of which has the slightest thing to do with a tough re-election fight just around the corner.

Whatever. I pulled the only relevant paragraph from Gahan's boilerplate recitation of things we already know.

The City of New Albany has already taken an important step by bringing legal action against the manufacturers and distributors. Floyd County officials, unfortunately, have opted to not join the lawsuit against opioid distributors. I am urging county leaders to recognize this problem and join the lawsuit. Now that we have solid data concerning the problem, we need to do more as a community.


It's the ceaseless war against Floyd County government, yet again. This war is the only imperative for Gahan's tenure, and not a single Democrat in New Albany can recall exactly why it's being fought apart from their need to preserve political patronage as local Democrats have always featherbedded it.

This emperor has no clothes; Gahan cares not a jot about societal ills apart from his skill in spinning them to his advantage. Now, how about an uplifting round of  loaded Rice Krispies Treats?