On the trail of the Phantom of the Ethics Commission. 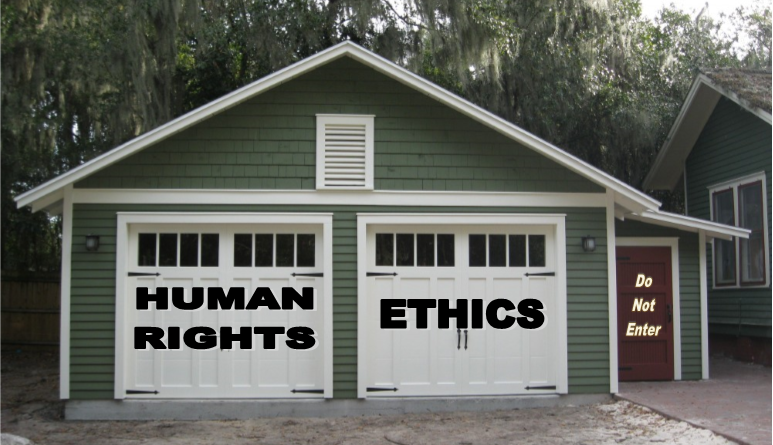 So, how does one file a complaint with the Ethics Commission?

Well, when the information cannot be found on the city's website, you send notes to both city attorneys, and when they don't reply promptly, you take to Facebook to ask your council representatives (3rd district and all three at-large), and when one of them (Kevin Zurschmiede) helpfully provides at least part of the answer, he routes it through a third party e-mail, after which the council person originally responsible for the idea of an ethics commission concedes its conceptual inadequacy.

This, my friends, is the essence of chronic malfunction hereabouts.

Step 1. File ethics complaint concerning city attorneys who won't answer questions about filing ethics complaints. LOL. Sometimes I look at the tragedy and comedy masks laying there together and I just don't know which one to choose. -- JeffG


Is there an Ethics Commission, or not?

As of 2013, the Ethics Commission apparently existed, because according to the newspaper, it declined to hear a complaint brought by Randy Smith, although it's unclear to me whether this information ever was conveyed to him apart from the newspaper's citation.

Zurschmiede's reply yesterday is much appreciated. It takes the form of an e-mail forwarded to council members by Matt Lorch, dated January 7, 2013. The Ethics Commission appointees are listed by point of origin (vitals omitted), followed by Lorch's explanation of how the ball would be set rolling.

Roger: I was the sponsor of the ordinance establishing the Ethics Commission. As one might expect the ordinance passed unanimously. The commission members worked earnestly and diligently to bring forth the ethics rules the commission would follow. This happened during the early days of the Human Rights Commission. While these two commissions are in no way connected, I mention it because I felt that the Ethics Commission was headed in the direction of a feel good empty gesture. Too many ordinances are drafted, enacted, and then ignored. Although I felt, and still feel the aims of an Ethics Commission are worth pursuing, I personally made the call to not pursue it because I've seen too many ordinances address a need, get peoples' hopes up, maybe even win a few votes, but then lay idle in the ordinance book. I didn't want to go down that path on such an important issue. Inappropriate porch furniture is one thing to ignore, but an ordinance aimed at enhancing the central workings of government can't be enacted then ignored, without breeding cynicism. While I am grateful these citizens took up the challenge to make government better by joining the commission, I, rightly or wrongly, didn't want to start another exercise in futility, so I stepped back.


And yet, futility or otherwise, Ordinance G-12-17 (passed 8-16-2012) remains on the books. After yesterday's fact-gathering, we at least have names and contact information.

If the Ethics Commission still exists, shouldn't it be easier for citizens to use it? It really shouldn't matter whether it's Spring Break week or the middle of August.
Posted by The New Albanian at 3/27/2015 08:26:00 AM

There is a pandemic of lack of ethics rampant throughout The Gahan palace that the Phantom Ethics Committee will be bogged down with lack of inaction until Gahan is a lame duck for many years. It might behoove those who seek swifter action should consider the Indiana Attorney general's office.

also FYI: Summers has possibly violated the Indiana Code of Professional Ethics by serving as a paid city engineer and serving on its governing stormwater board and sewer boards. As a P.E. he is bound by Indiana code of Professional conduct and it appears to me he crossed the line.