The competitive advantage of localism. 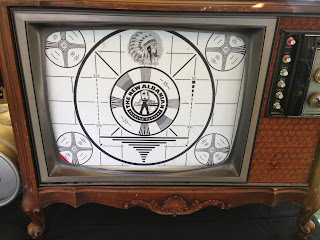 Just yesterday I was contemplating the yearly cost of a 1950s-era sidewalk spread out over six decades.

ON THE AVENUES: You actually can get something for nothing.

The point I’m making is that from an economic development standpoint, the city of New Albany has leveraged its blessed downtown indie “renaissance” on virtually nothing, compared with what it routinely spends on industrial park space and chain retail enfluffment.


Okay, true; "enfluffment" isn't a real word. It sounds good, though. What's it like, anyway?

Opinion: The competitive advantage of local, by Michael H. Shuman (The Vancouver Sun)

... Despite endless hype about the wonders of the global economy, non-local businesses in North America have not increased their relative presence or power.

The performance by local businesses is remarkable, given that public officials and economic developers essentially tried to kill them. The vast majority of economic-development spending in North America, for example, is to “attract and retain” global companies. The impact of these subsidies, if not the intent, is to make small business less competitive.

Even if foolish public policies remain in place, there are deeper trends in the global economy that actually are increasing the competitiveness of small, local business.