Them angry white folks in the GOP are doing that shutdown thing again. 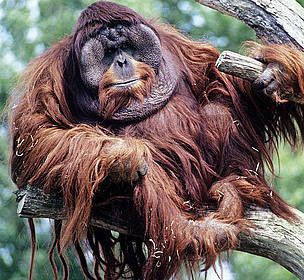 Anyone seen Mark Seabrook and Steve Bush lately, or have they already retreated to the command bunker?

This Week in ‘Nation’ History: Government Shutdown as Coup d’État, by Katrina vanden Heuvel (The Nation)

... Dramatizing the supposed precariousness of public services by forcing their arbitrary cessation makes it easier for conservatives to argue that the market alone should determine the proper distribution of wealth, goods, and services in American society. There is no smaller government than none at all. As the radical political philosopher Sheldon Wolin argued in a remarkable 1996 essay in The Nation, “Democracy and the Counterrevolution,” the effort “to stop or reconstitute government in order to extract sweeping policy concessions amounts to an attempted coup d’état.” Wolin’s brilliant essay reminds us how shutdowns and austerity economics fit within the broader Republican philosophy of governance—or lack thereof—and how that philosophy is antithetical to the defining principle of democracy: rule by the people.


Meanwhile, back home again in Indiana, the state Republican apparatus prepares to filibuster Obamacare to the ultimate detriment of its own people. That's leadership.

But Congressional Republicans are using their offices like political candidates do during campaigns. They have become fonts of propaganda, declaring that Obamacare has “failed” and is a “trainwreck.” This isn't an effort to help their constituents understand the new law. There has been little effort to “tweak” or even revise troubling segments of the law. Instead, they play to that 10 or 15 percent of their constituents who pose a threat in a May primary.