Bet you don't know how these two logos are connected.

Mike Kopp's photo shows the newly installed Dragon King's Daughter signage. DKD believes a soft opening could be coming within the next two or three weeks. 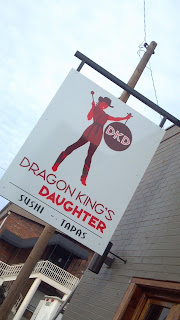 DKD's New Albany location is right across Bank Street from NABC's Bank Street Brewhouse, and you might not know what these two business logos have in common. 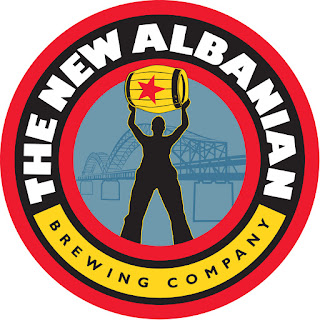 Both were designed by an old friend and Louisville artist, John Mahorney. Virtually every other graphic in NABC's brewery history originated with Tony Beard, but before I even knew Tony, John was on the scene, and we commissioned him to design the now familiar symbol with the keg-lifting man.
Posted by The New Albanian at 1/25/2013 09:30:00 AM