UPDATED: Smart growth? First, you have to believe in “smart.” 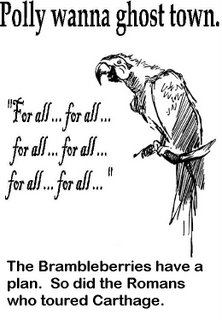 “Small downtowns are being challenged by megamalls and sprawl. Unfortunately, building growth is taking place in our natural areas.”

“One of the most important messages to get across is that smart growth doesn’t mean no growth. Sprawling and haphazard patterns have become so familiar we forget they’re costing us money.”

“If we really plan to be as inefficient as possible, we couldn’t think of a better way than we are doing it today.”

Tribune publisher John Tucker returns to the topic of smart growth in toady’s Sunday column, focusing on the meaning of the movement for New Albany’s downtown areas. John’s piece will be linked (it now has) when and if the newspaper’s random Internet archive wheel comes to rest on the appropriate slot.

Utilizing and revitalizing what is already in place is key. No urban sprawl is allowed – if new neighborhoods or retail districts are developed they are well thought out and held to high standards.

Right now, it’s much easier to build on an undeveloped lot of trees north of Interstate 265 than it is to remodel a building downtown.

John goes on to make the case for city government to do whatever is possible to promote investment in downtown, and shortly comes to the crux of the matter:

How do we get this done? We begin by demanding greater planning. There doesn’t seem to be much of a map for growth in Southern Indiana – and if you don’t have a map you’re bound to get lost.

Verily, John has placed his finger squarely on a significant problem in defining community planning goals in New Albany: An enduring disconnect between citizens, our professional planning and zoning specialists, and elected political leaders.

It is a dysfunctional manifestation of the New Albany Syndrome, and one that has developed over a very long period of time. This injurious cycle of apathy, mistrust and poor communication must be addressed if we are to move “smartly” into the future.

Concurrently, there must be an overarching vision of the future that overlaps parochial concerns. We believe it is coming into view at the grassroots level, and we’d like to see the cause forcefully enunciated by the city’s elected officials.

Particularly in the context of political and governmental affairs, the city of New Albany differs from almost every other organized business and social institution that you might cite with regard to its long-term failure to embrace what one might term as a “civic mission statement.”

While it is not to be expected that a city function exactly as a private business or household would, it does not mean that certain aspects of private business aren’t applicable to everyday governance and municipal performance.

While it cannot be denied that plans are extant, and that numerous public officials are on the job, implementing, tweaking and interpreting them, it remains that the articulation of overall civic strategy and the ability to “sell” such ideas have been traditional weak points among those styling themselves as “leaders” hereabouts.

During an informal and fascinating round table discussion of housing issues held two weeks ago, NA Confidential began considering how the city of New Albany has gone about selling itself over the past few decades when it comes to housing and the quality of life therein.

As an individual, a business or a city, we make decisions about how we present ourselves to the world – how we sell ourselves. Here are just a few questions to consider:

What have we chosen to “sell” in the sense of our goals? Has this choice been made explicitly, or by default owing to neglect and the pursuant vacuum? Have we chosen the right product to sell? Are we doing a good job of marketing the product? Are we familiar with the target demographic? Does our product line make sense for the future growth of the business?

Most strikingly in the historic downtown districts of the city, we see that what we’ve chosen as a municipality to “sell” is a relaxed enforcement regimen, ease and convenience for rental property owners, an accompanying diminution of value that works against all earnest efforts to improve areas of blight, an overall atmosphere of indifference to the urban core, and the rot that predictably follows.

It would appear that we’ve done too good of a job in marketing the wrong product to the wrong demographic, and as a result, cheapened ourselves in the process – perhaps irreparably.

One prominent tool in the arsenal of all but the very least talented politician is the option of dividing and conquering, and even the dimmest of our local political luminaries cannot fail to have noticed that the issue of ordinance and code enforcement and its corollary, neighborhood improvement, is one that is uniting otherwise disparate elements in the community as we write.

The best chance for this evolving unity to be expanded and for the influence it stands to engender to be used constructively for the greater good of the city’s residents is for our neighborhood associations to work together to elucidate a platform of goals – the city’s mission statement – and for our fractious and currently self-serving political elements to get with the program that emerges, or return to blessedly private life following the next electoral cycle.

In John Tucker’s column today, he closes with this thought:

Growth is going to happen quickly in this area. Let’s grow something our kids will want to stay a part of.

Can your councilman become a part of the solution to these problems, and assist in the process of rededication to a functional social contract?

Or is your CM persisting with the embarrassing “we can’t” mantra advanced by the city’s pathological underachievers?