John Rosenbarger: Yes, it's a design flaw, and yes, we know who designed it. Why can't we do anything about that? 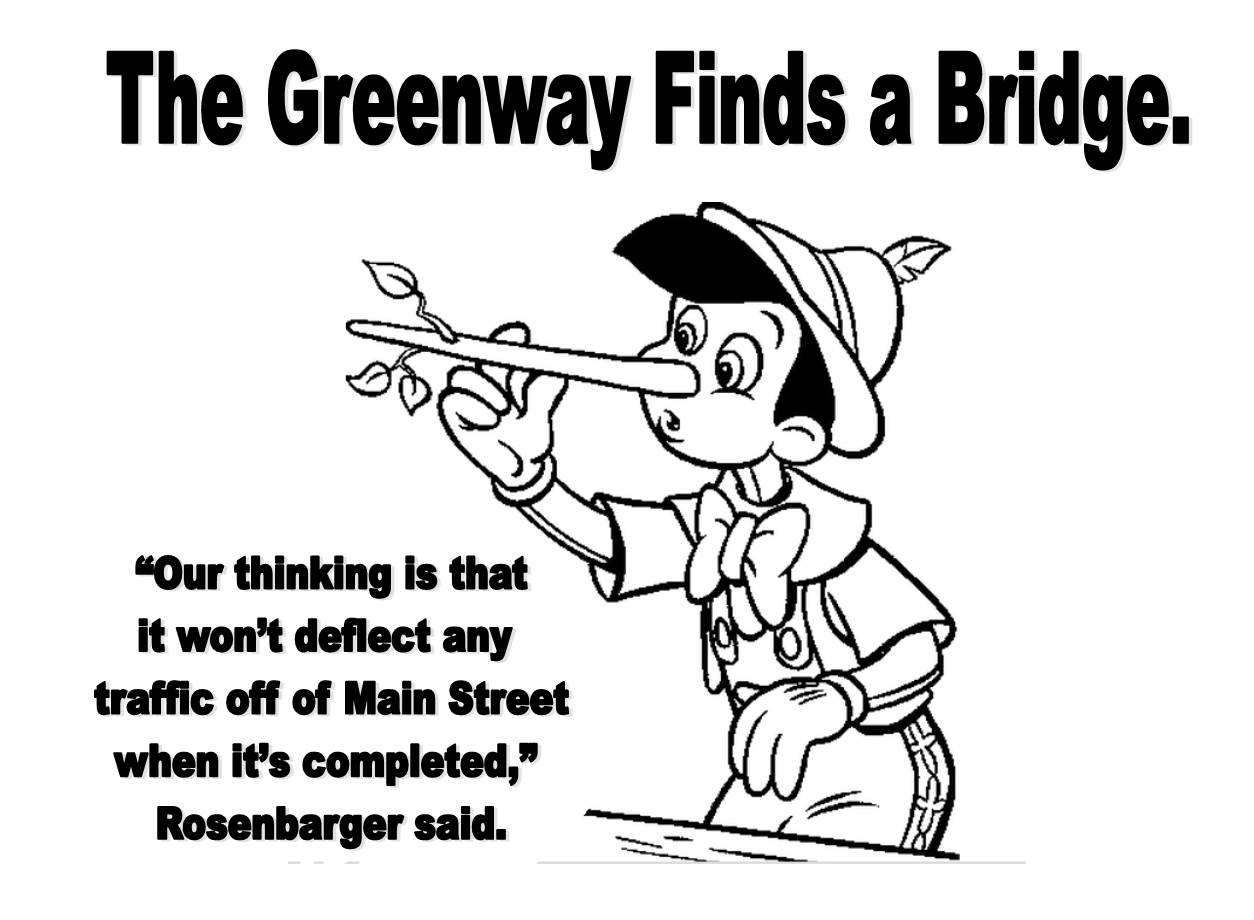 Today's drive to Indianapolis shouldn't be much different than a daily jaunt down Spring Street, so let's pop the tabs on a six-pack of Rosenbarger Light.

In other words, Main Street should be the officially designated through route bisecting downtown from east to west. It should be signposted as the One True Through Route. In particular, through trucks should be compelled to use it.


Of course, it's a design flaw. Guess who designed it?

England and Rosenbarger claimed victory, by changing absolutely nothing. They built two unbuffered bike lanes next to 70 mph traffic lanes. They did nothing else, and they want you to believe that what they did was heroic and innovative, primarily so one of them can run for office again while the other keeps his job -- again.


Until the reign of error is over, citizens are treated to recurring rounds of double dealing.

ON THE AVENUES: Bridge envy in a time of 18-wheelers.

Trust me on this one: When I’m elected mayor, Rosenbarger will become the highest paid cigarette butt remover this city has ever seen, leaving him free to mutter like a plucked peacock about the eternal stupidity of his political bosses, and the boundless depravity of the general public, but deprived of his ability to punish us any further with Gail Wynand-style “improvements” to the street grid.


Even his greatest achievements must eventually give way to the cold, hard logic of t he intersection.

Rosenbarger giveth and He taketh away; thus shall autos be glorified at the Beechwood intersection with Charlestown Road.

Recalling that John Rosenbarger regularly has hailed this situation as proof of his urban design prowess, read on as Chris Morris gives us the LOL punch line.


But as the photos show, there are no bike lanes through the intersection.


We'd need a matchbook cover to list the achievements.

Answer the question, John Rosenbarger: Can Jeff Speck's ideas work here, or not?

Rosenbarger's appearance at the FAN Fair followed much the same script, including open public doubt as to whether what he is paid to do, can ever actually be done in this city.

It begs a rather obvious question:

Then why pay you at all?


Ever since he decided to use the FAN Fair as a forum to explore the dimensions of his own under-achievement, I've decided to call his bluff. I'm not going to swallow the duplicity any longer. You shouldn't, either.

Ranting on John Rosenbarger's fundamental contradictions in the aftermath of an atrocious day in the neighborhood.

Rosenbarger spend quite a lot of his time yesterday mumbling about the unacceptable costs of congestion, which pretty much proves something I've been saying for a while about inbred political cowardice, and although I'll have more to write about this with time, what I think about this, I phrased in the form of a tweet to Jeff Speck yesterday afternoon:


He retweeted it, and that makes me feel very good.