"Keep reading our emails regarding Sam's reopening at The Montrose this spring." 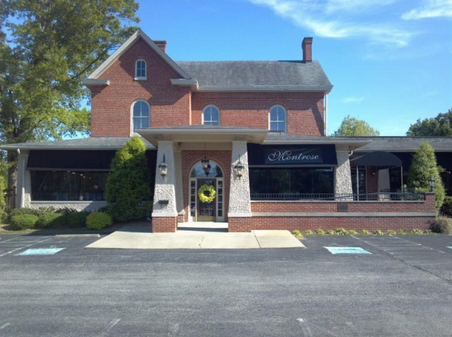 The fire that destroyed the original location of Sam's Food & Spirits may seem to have been a long time ago, but it was only early December. Since then, the Highlander Point location has been the subject of most company marketing e-mails, and yet the "other" property -- Plantation Montrose on Lewis & Clark Parkway in Clarksville, the Sam's site for banquets and big events -- has been standing by quietly, waiting future dispositions, and with this week's mailing, it appears a decision about the future has been made.

The oft-cited complaint about Montrose, which failed in previous incarnations (Major McCullough Steak House, Stratto's), is its location; neither here nor there, and at the wrong end of the highway. However, there is no more iconic a food and drink business name as Sam's in Southern Indiana. Everything's in place. I see no reason it won't work to render Montrose onto Sam's flagship bricks and mortar store.

As always, I wish Sam and everyone the best. It's hard imagining the scene without them.

Sam's New Albany will be open for Fridays during the Lenten season beginning March 14. (We will not be open to the public March 7 due to a previously booked event. However, Highlander Point Sam's will be glad to serve you Ash Wednesday and the first Friday of Lent. We're open at "The Point" seven days a week for lunch and dinner!)

On Fridays beginning on the 14th we will be open 11 a.m. to 10 p.m. at The Montrose, 318 W. Lewis & Clark Pkwy., Clarksville. We'll open with our regular menu (including a few "tweaks,") and full bar. We hope to see you and know you will recognize some familiar faces. Sam's at Montrose is a hop, skip and jump from downtown New Albany and we look forward to lunch or dinner with you!

Keep reading our emails regarding Sam's reopening at The Montrose this spring Mondays through Fridays. And remember, The Montrose is available for weddings, receptions, parties and more Saturdays and Sundays.

I knew a lady who was born in the McCullough family home. Charming lady whose son is still a Friend of our family. As far as food service I will drive anywhere for good service. Sams got it going on.