IMPORTANT: New Albany Indie Fest 2016 will be held on September 24 at the 400 block of Bank Street, and at NABC Bank Street Brewhouse. 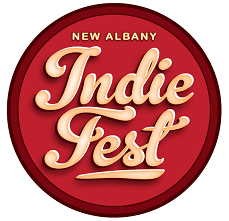 However, Indie Fest will be held on the 400 block of Bank Street between Spring and Elm.

Music will be staged at NABC’s Bank Street Brewhouse (415 Bank Street), whom we thank for stepping in at short notice.

Sativa Gumbo remains the Indie Fest headliner, and the remainder of the musical lineup is the same as previously announced.

Thanks for your consideration, and we’ll see you on Saturday.

The updated press release follows, including the performance schedule. 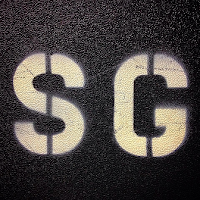 Other performers and their performance schedules:

New Albany Indie Fest is an arts and music festival taking place in downtown New Albany on Saturday, September 24, in the 400 block of Bank Street, and at NABC’s Bank Street Brewhouse (415 Bank Street). The festival begins at noon, and admission is free. It is a celebration of localism, showcasing independent artists and entrepreneurs.


By choosing local and independent businesses for your services, shopping, dining and other needs, you not only enjoy a more distinctive and personal experience, you’re helping build community, strengthen your local economy, shape local character, create a healthier environment – among other positive outcomes (www.ambiba.net).

Members of the New Albany area’s thriving arts scene will be on hand to display their homegrown talents. Expect handmade jewelry, local boutiques, handmade bath and body products and much more.

In 2016, New Albany Indie Fest is being held concurrently with the Carnegie Center for Art and History’s Public Art Project event at the Riverfront Amphitheater, and extended afternoon hours for the New Albany Farmer’s Market at City Square (Bank and Market).

Local rock band Sativa Gumbo is proud to announce a fall 2016 reunion to celebrate 20 years of music and memories.

Founding members of Sativa Gumbo are Tommy Potts (guitar and vocals) and Jared Williamson (bass and vocals). They met in the summer of 1996 and immediately connected over their mutual love of music and songwriting.

As Sativa Gumbo’s musical style evolved, so did its lineup. With the subsequent departure of Stein and Garbe, the band found its heartbeat in the masterful percussive voice of Shawn “Coach” Williams. Williams brought a whole new level of depth to the band’s rhythm section, allowing for continued exploration of different time signatures and genres, and on occasion taking to the mic himself to deliver a stirring vocal lead that always left the audience wanting more.

The late Ryan Pickhardt’s keyboard and organ work is the stuff of local lore. The energy and vibrancy of Pickhardt’s approach to music was akin to Zambelli’s approach to fireworks: bright, loud, percussive-shock and awe. It was not uncommon for him to break keys during a show, or play until he was literally bleeding. He catapulted the energy of the band’s live show into the stratosphere.

Williamson, Potts, Williams and Pickhardt were the longest-running lineup of the band. When they took a hiatus after their last show on October 9th 2010, exactly 14 years and a few blocks from the first show, it was only a short time before another incarnation of the band surfaced.

The Gumbo Family Quartet “unplugged” and re-arranged many of Sativa Gumbo’s songs in a more acoustic approach. Williamson took to the upright bass, Potts the acoustic guitar, Pickhardt on keys and Richard Atnip joining on lap steel guitar.

The quartet enjoyed a short run of shows and started work on an album before career changes moved Williamson to Saint Louis and Atnip to Chicago. Then the biggest loss of all hit the extended Gumbo family, as we said our final goodbyes to Ryan Pickhardt -- and the music stopped.

As the years passed, the band’s internal fire gradually returned, and the pieces started to be put back together to re-envision a combination of both SG and TGFQ sensibilities.

In 2016, Williamson and Potts return to their co-founder roles, Williams returns to the drum throne, and Atnip brings both his lap steel and electric guitar styling into the fold.

There was a massive hole to fill in replacing Pickhardt’s keyboard mastery, but the perfect choice to fill it has been close at hand since the band’s beginnings: DJ Barksdale.

Like every other member of SG, DJ attended New Albany High School and was a close friend of Ryan’s. They jammed together and exchanged keyboard knowledge over the years, and both attended numerous SG shows before joining the band. DJ brings respect to the music and the keyboard stylings that came before him, while helping the band move the music forward as the new quintet evolves into the next era of Sativa Gumbo.

Older, hopefully wiser, and ready to rock and roll once more, Sativa Gumbo is back for a 2016 fall reunion, after more than 100 original songs, hundreds of shows across the Midwest, multiple albums recorded, and 8 band members over the years.

We invite any and all to celebrate the memories we’ve made together over the years, and to make some new ones. We hope to see you at the shows!
Posted by The New Albanian at 9/20/2016 12:05:00 PM