For musical accompaniment to driving hours and hours eastward in 2016, there was no rock and roll in the car. Instead, I brought along a couple dozen swing era compilation discs, many of which I'd recorded on cassettes way back in the day, even before my parents had a car with a cassette deck in it. In 1972, I'd air them on my battery-operated player. They kept my father calm during those long treks out west, and I liked the songs, too. Listening to them again dislodged memories, some good and some bad. Billie Holiday's singing is never bad, and her only recording with Artie Shaw was one of several ear worms as we neared Massachusetts.

Like any red-blooded American, it once occurred to me that setting foot in all 50 states would be something fun to say I'd done.

But what constitutes "being there"? Do airports count? Must one spend the night? Can exceptions be declared for extenuating circumstances?

I'd answer no, no and yes. At a bare minimum, one must drink a beer and/or eat some food AND take a leak. After all, dogs mark territory by urinating, so why not humans? Most dogs don't drink beer, but all of them eat.

To quote Groucho Marx, these are my principles, and if you don't like them ... well, I have others.

In any event, the state count had climbed to 41 coming into our Eastern USA Road Trip 2016, and Vermont was #42. New Hampshire was just across the Connecticut River, and we elected to make the scenic drive on Friday morning, past Pisgah State Park, to claim state #43 with lunch in Keene at the Elm City Brewing Company.

Keene is a city in Cheshire County, New Hampshire, United States. The population was 23,409 at the 2010 census. It is the county seat of Cheshire County. Keene is home to Keene State College and Antioch University New England, and formerly hosted the state's annual Pumpkin Festival.

Too bad about the pumpkin festival. Had there been one in session, it would have counted in lieu of food, drink or pit stops.

There is an excellent coffee shop in downtown Keene (Prime Roast), and a Soldiers' Monument, which was built in 1871. 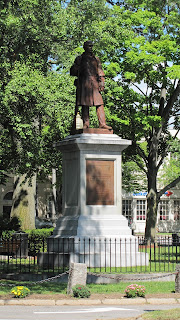 Elm City Brewing Company (founded 1994) is part of a shopping mall in a renovated former factory called Colony Mill Marketplace. Read more about it in my accompanying beer narrative: 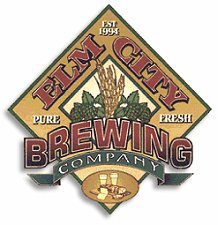 Back in Brattleboro by mid-afternoon, it was time to walk and graze among the regional delicacies. Have I mentioned the alarming weight gain amassed during this road trip?

A quick stop at Whetstone Station's outdoor riverside seating for a round of beers and crab cakes quickly led to Brattleburger to indulge in a Vermont Maple Creamee, and then Elliot Street Fish, Chips and More's deep-fried haddock and potatoes. 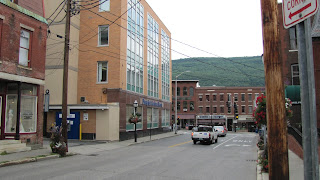 The car had been strategically placed in the public lot off High Street, mere yards from the Hermit Thrush brewery, this outpost having been saved until last because I strongly suspected there'd be a buying spree.

I was right, and you can read all about it here:

As a final look at Brattleboro, kindly note the fact that Mr. and Mrs. Confidential agree with the color scheme on this house, and we believe this combination would look wonderful on Spring Street in New Albany. 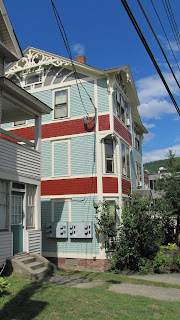 Next: Meeting the baby in South Hadley.