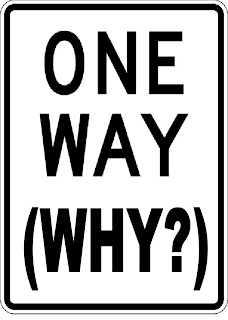 Roughly a thousand years ago at NAC, we started talking about measures aimed at making New Albany a more appealing place to live, both for those already residing here, and for others who might choose to relocate.

Of course, the very first task required of us was to disregard the nattering nabobs of naysaying, those lifelong local residents convinced that since they, themselves, have been congenitally incapable of accomplishment and unable to articulate substantive differences, no one else should be permitted to try to do so, either.

Ideas we’ve floated have ranged from a political culture capable of grasping basic scientific principles, to taking seriously the city’s own rules that pertain to human habitation. They’ve included notions like complete streets and clear structural support for bikes and walkers, public art and the insanely simple suggestion that having garbage cans available to receive trash just might keep some of it off the street.

What I’ve come back to repeating over and over during recent years is whether any active measures pertaining to a contemporary aesthetic, i.e., the nature or art, or designs for public spaces, can be entrusted to anyone who already is convinced that he or she is a community pillar.

Quite clearly, the answer has been no, because from the discredited plan for River View to Caesar’s Folly (Rent Boy Park, et al), we’ve seen a stunning absence of creativity among those with post-war childhoods. White bread might be ideal to construct a PBJ for a five-year-old, but it has no place in community space.

For instance, consider New Albany Clean & Green’s plan to place identical planters on multiple downtown street corners, and then, having imposed a specific design blueprint like this on the varied downtown streetscape, turn next to business owners and mercilessly hector them to help maintain placements they had no say in designing.

As we’ve asked again and again: Why must things like this always be applied top-down by folks who otherwise claim to support individual initiative?

Wouldn’t it make more sense to consider a proven and successful idea like the Urban Enterprise Association’s façade grant program and apply its 50/50 principle to beautification?

Why not let businesses come up with their own plan for flowers, trees, planters or other “green” applications, and have Clean and Green coordinate a bundle of grants to help with costs? Wouldn’t this allow for more individualized design flair, and also provide the businesses with an incentive to maintain their own placements?

Arguably the most successful act of downtown revitalization to date was the city council’s enactment in 2006 of the riverfront development area, enabling a less restrictive regime of state alcoholic beverage permits, and resulting in a diverse downtown “food and drink court” of international flair, which in turn has provided impetus for building restorations and hundreds of visitors more than before.

Note that this measure appealed to entrepreneurial self-interest and provided a solid reason to invest without once stipulating which beers were to be poured or the type fish destined for frying. The same principle might be leveraged to promote more retail, loft housing, public art and … yes … even beautification.