Whatever happened to the Potty Police, anyway? 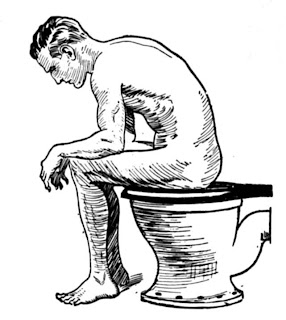 Ever since we learned of the Gahan administration's decision to "end sewer privatization," something's been nagging me, and finally I've realized exactly what it is.

In fact, what has happened to the Potty Police? Our local sewage spotters haven't been mentioned here in more than a year. Perhaps they've taken to the depths and are crashing on the Phantom of the Dope-ra's mattresses.

Potty police
Self-deputized sewer enforcement officials with a localized Freudian twist who await the arrival of the g-man in the sewer submarine, who’ll come up from below and require a full audit.


Just think about those long years; as the city coped with the EPA's ongoing mandates, the Potty Police were there, tossing nickels around like blown manhole covers. Now they're gone. Or are they? Could this be their best undercoverground operation yet? Only time will tell.

From November, 2005, this might be the first mention of the Potty Police at NAC: