ON THE AVENUES: "Kneel and Kiss My Ring, You Degraded Alcoholic." 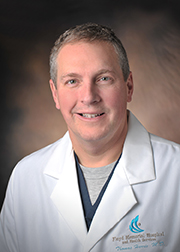 ON THE AVENUES:  "Kneel and Kiss My Ring, You Degraded Alcoholic."

In the interest of fairness, I've invited Dr. Tom Harris, much decorated generalissimo of the Floyd County Health Department, to write this guest column offering his side of the recent unpleasantness. Looking at the whole situation dispassionately, Dr. Harris and I have quite a lot in common. Both of us were born, grew up, went to school, and received college degrees. I'm a professional in my field, as he is in his. In fact, it is to be imagined that we respirate, conjugate, ejaculate and defecate in similar ways, if not exactly the same -- unless, of course, he’s a space alien, and he is, and so the following is satire, pure and simple.

If you assume I’ll begin this essay by thanking a lowly brewer for affording a rebuttal to his serial insolence, think again. One should never assume -- you'll make an ass out of yourself, certainly not me, because after all, I'm a doctor. The grandeur of my medical world view inevitably comes with the position, i.e., the rarefied territory of my critical role as guarantor of public health and safety.

The rest of you should just get the hell out of my way.

Let's get right down to brass tacks. Baylor, how dare you suggest that beer and brewing constitutes a “profession” in the same sense as a board-certified emergency medical pioneer like me. Every single day, our trained medical elites soothe suffering and save lives.

And you? You slouch at the tavern, sink into your cups, ruin your liver and foster bitterness toward those laudable over-achievers who possess my skill set and sheer dedication to public health and safety – whether the public understands any of it or not.

Because they seldom do, and mine is a tireless task, indeed.

It probably has escaped your notice, since not one of you care very much about public health and safety, not to mention your own disgusting standards of personal hygiene, but vast numbers of our fellow Americans are clueless sheep wallowing in a medieval squalor of bacteria. If not for the efforts of selfless heroes like me, you'd doubtless be bathing daily in your own raw sewage.

You really must see yourselves some time. Your filthy, germ-ridden body parts hang flabby and exposed from inadequate, scant clothing. You continue to smoke cigarettes even after we kicked you outside. You have sex before you’re married, refuse to use condoms, decline to exercise, and “dine” regularly on Big Gulps and Fritos. Any of you ever met a whole fried chicken, deep-fried Twinkie or fat-laden burger you wouldn’t stuff by the dozen into your gaping pie holes? I didn’t think so.

We try our best to ban all these substances that hurt you, but do you thank us? No, you just keep babbling about your right to determine your own destiny and live your own lives, as though we can tolerate free will when pathogens are everywhere. What have we become in America, a nation of philosophers?

And when it comes to the crux of the recent episodes, and why on earth we’d need anyone’s permission at all to regulate temporary beer pouring or any other activity deemed appropriate for saving you from yourselves, has it ever occurred to any of you that all of these dreadful materials you insist on ingesting are manufactured by food producers with an even lower opinion of you than me?

Furthermore, they have absolutely no respect for us as regulators and preservers of public health and safety. Every single one of those restaurants, lunch counters, taquerias, hot dog stands, food trucks, bistros and sushi joints bring in money hand over fist. Do you think for one moment that local government funds the health department the way ordinary people throw money at some guy wrapping bacon around a cream puff? Not that local government has any money, because a lower tax burden is better for all of us, and the more golf you play, the more you know that if not for the GOP, we’d have even less funding for inspections. But we’re all white folks here, and I needn’t remind you of your obligations.

That’s what galls me about my own health department board being all namby pamby and saying Baylor doesn’t have to pay fees for his temporary permits. When I said during the hearing that money doesn’t matter, what I meant was that I know far better how money matters and doesn’t matter than any of you cretins. As without doubt the leading element in society, we doctors are in the best position to make such judgments, and that’s why this whole shakedown started, anyway, because if New Albany’s mayor says it’s okay for ambulances to go to any hospital, and not be forced to use Floyd Memorial, then how’re we going to maintain the monopoly … er, I mean the monopoly on public health and safety, of course.

Why can’t you pathetic maladroit plebes grasp what I’m telling you? After me, it’s the deluge. You prattle on and on about answers, and how you’re entitled to the truth about the health department’s comprehensive program to control what goes down your gullets, so let me tell you something: You can't handle the truth!

Baylor, we live in a world that has walls, and those walls have to be guarded by men with syringes. Who's gonna do it? You? Lee Cotner? I have a greater responsibility than you can possibly fathom. You weep for the ATC, and you curse the health care supermen. You have that luxury. You have the luxury of not knowing what I know -- that my random personal opinions about food safety, while unsupported by Indiana law or precedent, saves lives; and my existence, while grotesque and incomprehensible to you, saves lives.

We use words like "honor," "that’ll be $20," "superior intellect." We use these words as the backbone of a life spent defending something. You use them as a punch line.

I have neither the time nor the inclination to explain myself to a drunkard who rises and sleeps under the blanket of the very public health and safety that I provide and then questions the manner in which I provide it.

I would rather that you just said "thank you" and went on your way. Otherwise, I suggest you pick up some hand sanitizer and stand the post. Either way, I don't give a DAMN what you think you're entitled to!

I do the job I was chosen to … and you're god damn right I made it all up on a whim! Now, be a good little boy and obey your elders.

Not only do you two, "respirate, conjugate, ejaculate and defecate in similar ways", y'all elucidate the same.

It just occurred to me that every beer pour is a temporary beer pour.