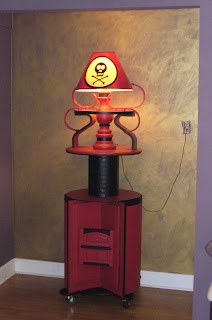 In the past, I’ve shown restraint with regard to using NA Confidential as a vehicle for shameless self-promotion of my business – although it’s likely that the antebellum denizens of the Luddite Bar & Grill strongly disagree. Verily, we visionaries never are respected during our lifetimes.

However, today shall be an exception to the rule, the principal reason for which is the incredible amount of hard work that our youthful staff has put forward to stage their art show, running today and tomorrow from 3:00 p.m. to midnight.

In the end, it’s a matter of principle. 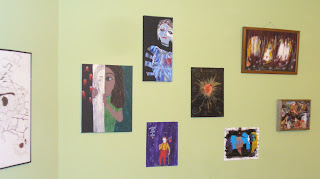 Their Anonymous Pirates Art & Music Show will be their second art show in the Prost special events wing. As with the previous effort last July, dubbed the Speak Easy Art Show, Prost has been transformed into a gallery, and the entire event has been conceived and organized by NABC’s staff, friends fellow travelers.

This time around, there’ll be music, too.

On Friday, Stephen J. Powell, Ben Traughber and Jared Williamson & Tommy Potts will be performing. Stephen and Jared both work for NABC (as server and brewer, respectively), and Jared and Tommy are members of the local band Sativa Gumbo.

On Saturday, Ben, Stephen (with Jay Nixon) and Pokey La Farge will play. 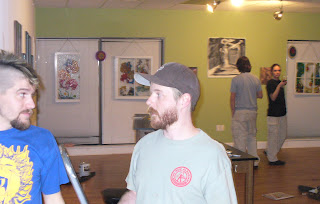 I simply can’t say enough about the way that the Anonymous Pirates organizers have approached the planning and execution of the art show, and their energy and diligence boldly discredits those folks among us who persist in dismissing the “younger generation” as somehow deficient in certain cardinal virtues, most of which never mattered, anyway. Think about coming out, enjoying their work, and supporting them. 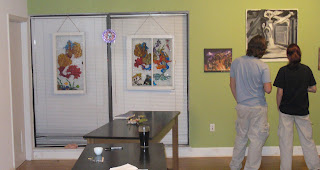 Normally we don’t open on Sunday, but an annual exception is made for the Super Bowl – it being America’s national confessional, and all. Consequently, on Sunday, February 4, Sportstime Pizza will be serving pizza and beer for Super Bowl XLI. Hours are 4:00 p.m. until the game's over. Go Colts, etc.

Saving the best for last: From the opening bell Friday through last call on Monday, NABC will be further celebrating art, football and craft beer with $3 NABC Imperial pints (tax included). Sorry, hopheads, but Hoptimus will be $3.25. No growler discounts, either.

I guess if ConeSmoker was on tap it would be $3.50. I think you really are out to get me. Hard telling how much you would charge me for a sour ConeSmoker!

Nice show. Awesome pint of Hoosier Daddy Red. Am looking forward to picking up my purchase on Monday. Thanks all.