New Albany Man (and Woman) of the Year: Slumlordis ordinaris. 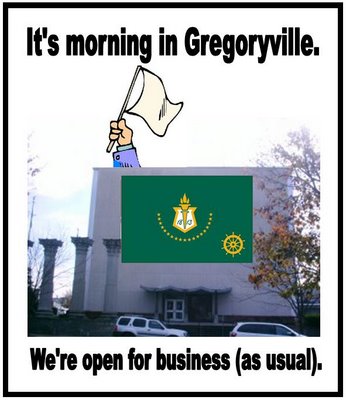 According to the 2000 census, the city of New Albany boasts in excess of 6,400 rental units. In some areas of the city, well more than half of the population lives in rental housing, the quality of which varies widely.

Cities across the United States have recognized an explicit need to regulate rental units. A clear and persuasive example, just one among hundreds, was first cited here in January, 2006.

This is to be accomplished by developing, passing and implementing a new city ordinance that would, in part:

· Contain an inspection process for all rental property
· Impose fines for violations of the ordinance on property owners/property images
· Establish a database of all rental property, and
· Include an enforcement process
· Would, as much as possible, be financially self supporting

Myriad benefits that would contribute to cleaner, safer neighborhoods are expected to result from the implementation of a rental inspection ordinance, and include:

Why Does Vallejo Need a Rental Inspection Program?

But in New Albany, where the long-seated ward heelers eschew ordinance enforcement as a phenomenon that costs the machine votes, the largely uncontrolled and unregulated proliferation of rental properties inexorably contributes to, and in many ways both enables and perpetuates, the culture of unaccountability and dysfunction that must be reversed if the city of New Albany is to move into the future.Sadly, another year has passed, and although time and again the precepts elucidated in the Vallejo Rental Property Program have been discussed by our neighborhood groups and progressive advocates as essential components not only of citywide economic revitalization, but of a belated recognition of basic human rights with respect to the living conditions of tenants, these concerns yet again have eluded New Albany’s elected and appointed public officials.

The conclusion is inescapable.

Not only has the city formerly known as New Albany passed the “tipping” point, it has in fact become a veritable Gregoryville, as safe a harbor for rental property abuse and tenant exploitation as Paraguay once was for inexplicably unemployed and homeless ex-residents of Germany.

Neighborhood concerns are consistently ignored, and slumlords forever enabled, and so let us face reality and greet our real leaders here in Gregoryville with open arms and a humble spirit.*

Ladies and Gentlemen, we at NA Confidential proudly give you our city’s Man (and Woman) of the Year for 2006: None other than Slumlordis ordinaris, beneficiary of the Slumlord Protection Program, and as far from an endangered species as ragweed in summer.

Meet the new boss. Same as the old boss.

* maybe they’ll knock a few bucks off the rent if we grovel.

We're taking another day off. Read The Parting Glass at the Potable Curmudgeon blog for an apt New Year's thought ... and see you again late Monday evening.
Posted by The New Albanian at 12/30/2006 11:19:00 PM

Ain't it the truth? Happy New Year to all!

Happy New Years to all that read this blog! May it be a year of change and growth for New Albany.

On a side note my daughteers best friend since preschool parents have purchased the house on the corner of 15th and main. They are moving from Louisville. They are the type of people that will take pride in thier house also.

Is the trophy a gallon jug of "Roundup"? Happy & Safe New Year everyone!

Just about every aspect of the Vallejo Rental Property Program could apply here in New Albany...even the part about their city administration not wanting to back it in 2001. Have a Great "Progressive" New Year Roger!

Consider stopping by the Public House for our meet 'n' greet on Monday, January 8.

I think we should take a moment to reflect on and then raise a pint to the wonderful, open minded and good hearted people over at FOS! (See their latest contribution)

After all, they have had a whooping sucess this past year. Why for their top ten (10) posts, they have received a grand total of three thousand seven hundred and twenty three (3723) POSITIVE email responses for their efforts!!

To bad they could not see fit to allow the rest of us a) view those responses, b) did not publish the total of negative responses they received, and c) still can't bring themselves to come out into the light of day and reveal neither who they are nor who their responders are! (Although I think we've got pretty fair idea On both counts)

Perhaps next year, if they mend their ways, we can actually toast them with one of our top shelf selections. But alas, for the present, we're gonna have to stick with the discount hooch from Walmart! (Relax, I'll wear a disguise when I go on to purchase it)

With FOS's top story posting, it would appear that Ms. Denhart has bypassed delusional and has her pedal to the metal for the rubber room.

But, give her this: She understands marketing. Her target audience is grateful that its own delusions are mouthed by another, sparing them the burden of involvement, and they lap it up.

I was looking at NAC's reality-based statistics, as revealed to the world on a daily basis throughout the year, and considering this blog's numerous comments, relayed by real people with real names and (this one's for you, Paul) with both a brain and a pulse.

Gee, what am I doing wrong?

Uh let's see..hmmmm... oh yeah! Other than pushing a logchain uphill wearing a Hawaiian shirt, biker shorts, & flipflops in a blizzard, not a damned thing!

I'll try and make it Monday for the "meet 'n' greet.

Selva said...
This comment has been removed by a blog administrator.
6:28 AM