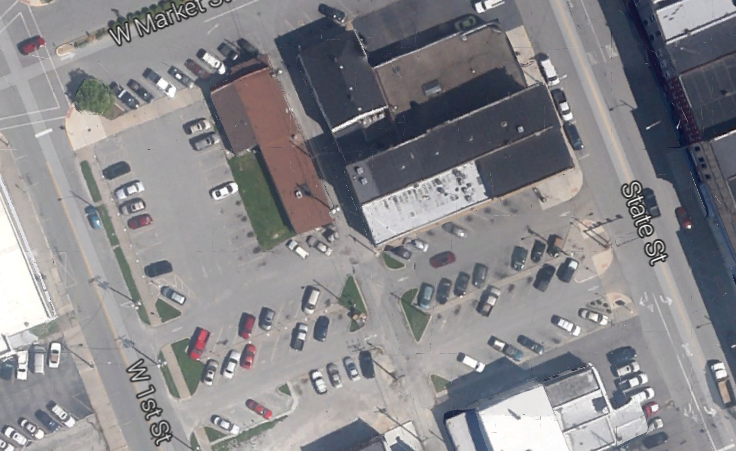 From New Albany to Bloomington. Ninety miles, and at least that many years. 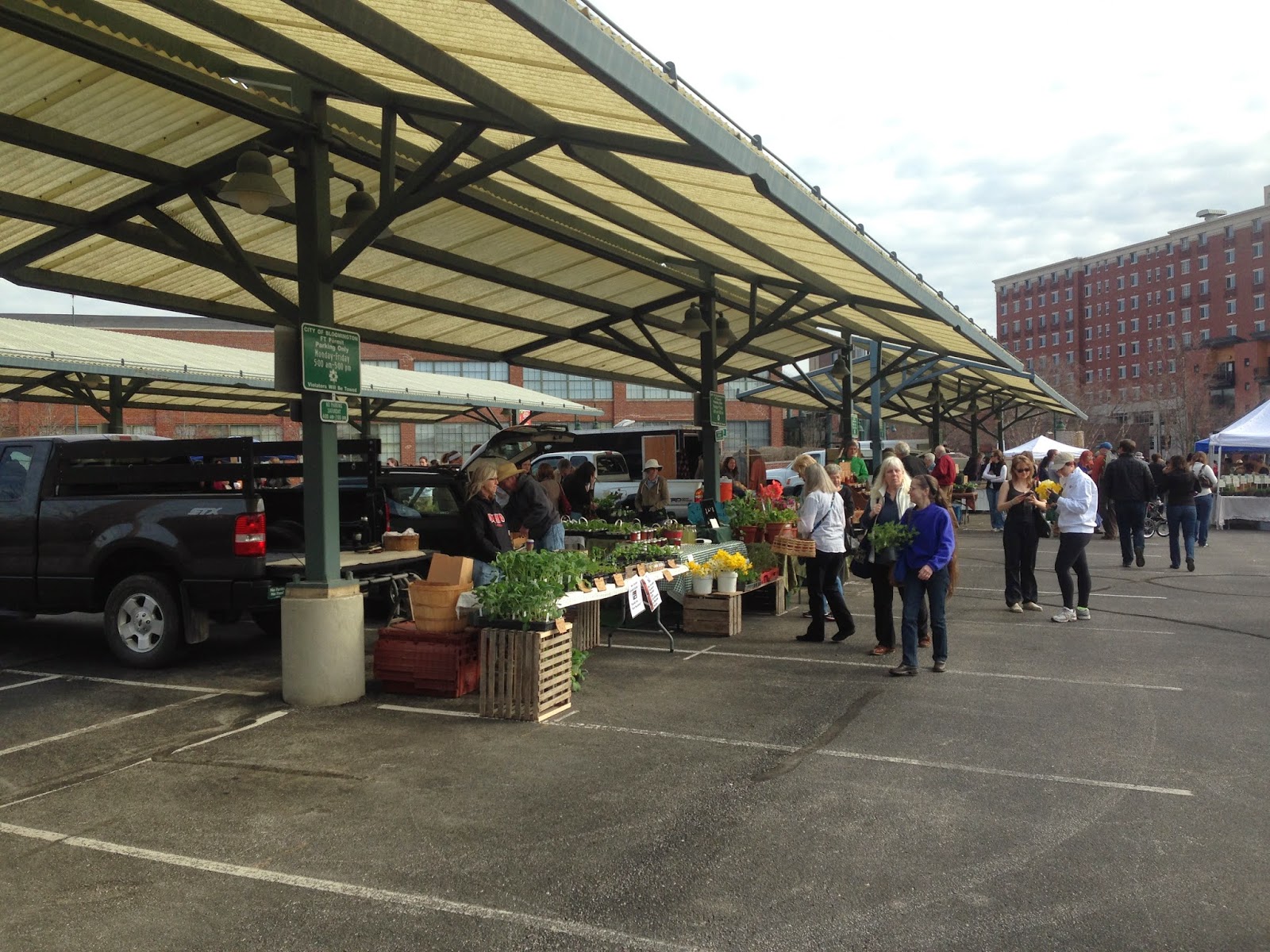 Let's go right ahead and spend lots of money on the farmers market.

But let's not do it at the current location.

Rather, let's do it in a way that has multiple uses and has potential ripple effects, serving higher purposes beyond temporal paybacks to the same old suspects.

Let's move it down to the city parking lots shown above, thus improving what frankly are perennial, decrepit eyesores. They'd be daily parking lots just as they are now, except on Saturdays and Wednesdays (in season).

Meanwhile, the corner of Bank and Market could function as a pocket park until sold some day for infill. The city's parks department could run both farmers market and the future infill pocket park.

DNA would be out of the equation, and could return to doing whatever it is that a New Albany Main Street organization is supposed to be doing ... like selling real estate in Georgetown and Jeffersonville. What it should be doing are things like this: Mission Pedestrian.

We'd be moving the center of farmers market gravity a few blocks west, which is good for Westendia. Putting some love into this area might encourage Schmitt Furniture to uncover its windows. Furthermore, there'd be a natural affinity between the farmers market and the forthcoming Seeds and Greens Natural Market and Deli.

It wouldn't be the parking garage, with all its nasty oil spots and shadows and spiders and snakes.