David White: "On May 7th, you will have the opportunity to get your city back, but I need your help."


The filing period has commenced; more on that tomorrow. Yesterday David White made it official, and he's in the mayoral race.

David White's video reassures city employees on the shop floor and condemns politically-motivated retribution from above.

ON THE AVENUES: In the 3rd district, that "stepping aside" time finally has arrived.


Will Deaf Gahan debate White this time around? Four years ago, Gahan refused, citing absolutely no reason whatever for ducking a fact-to-face meeting with his challenger. 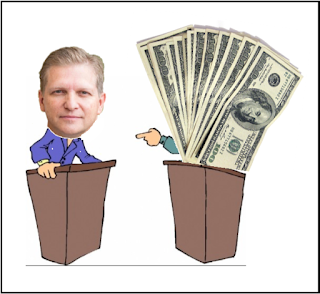 
Shunning the C-J is inexplicable, but for Gahan to duck David White's frequent invitations to publicly debate the issues is all too understandable. The mayor is incapable of improvisation, and simply cannot hold serve in unscripted settings. Team Gahan knows this, and shelters him accordingly.

We might appeal to the Democratic Party chairman, but Adam Dickey is anything but neutral. He sits on the Redevelopment Commission, instigator of TIF-funded capital projects designed to serve as re-election photo ops. Gahan's corporate attorney, Shane Gibson, manages the party's money. The incumbent's campaign war chest is sufficient to spend in excess of $10 per voter, with cash left over to buy multiple rounds of Bud Light longnecks at the Roadhouse.

David White is on the outside looking in -- into an incestuous political fix, that is. 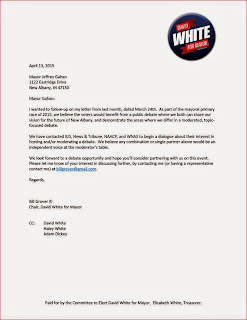