Into the Ohio River Greenway construction zone for photos and ruminations. 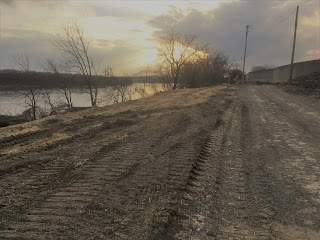 For about a decade, sadly ending with the advent of Bank Street Brewhouse and ensuing time restraints, I helped organize seven beercycling extravaganzas in Europe. They were good times, indeed, and some of my finest travel memories are from this period.

It really was a peak of sorts. Most of the riding occurred in Benelux and Germany, and to a lesser extent in Czech Republic and Austria. Until you've experienced these local and regional networks, descriptions are probably inadequate. The Netherlands had the best infrastructure, and the Czech Republic the poorest, though this tells you little.

Simply stated, in Northern Europe it is usually possible to use a bicycle as alternative means of transport, and to be able to utilize a grid built for this purpose. The grid can be more or less elaborate, with functionality being the obvious impetus.

In 2003, I bicycled from Frankfurt to Vienna on the Danube trail, and for much of this passage, the bike path functioned as a superhighway for leg-powered, two-wheel transport. Overall, often there are dedicated (always surfaced) pathways, with no motorized vehicles allowed.

Some times you're pedaling local roads, which are invariably well-marked, and being driven by folks who know how the score. At times, the various paths connect by means of farm roads -- again, surfaced but being used by the occasional tractor, too.

The point to this digression is what I felt last week while walking the Ohio River Greenway construction zone.

Noticing all the trees removed so as to correspond with (a) inevitable federal mandates and (b) the local desire to implement what amounts to a "luxury" shared use path, I couldn't help thinking about all the places I've bicycled in Europe where the objectives were safety, connectability and usability without bells and whistles.

In 2003, I rode more than 700 miles in all, and apart from flat tires, there were no issues with any of the dedicated routes, or during those times when I was sharing a road with automobiles. Special infrastructure had been built in places, as with river crossings (at times, bike ferries), but otherwise the experience was about dependable functionality.

I'm well aware of the "act of Congress" aspect of the Greenway, which from the very start seems to have inched forward less as essential infrastructure than bright shiny bauble. I never thought much about this dichotomy until dozens of trees began falling -- and now there is a promenade being constructed, and so on, so forth and so it goes

To me, whether I ever saddle up again or continue walking, the it remains that the objective is functionality of non-automotive infrastructure, in the sense of local and regional grids, and how this might be achieved without spending millions ... and taking less than 30 years to achieve.

It can be done in Europe. Here in America, it's more likely to be dumb. 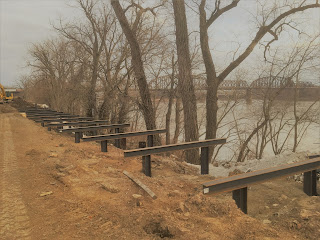 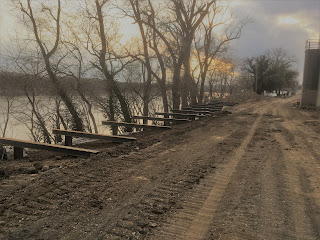 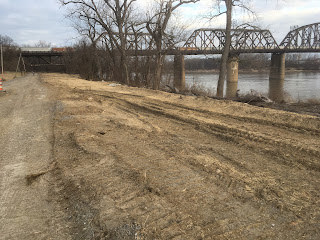 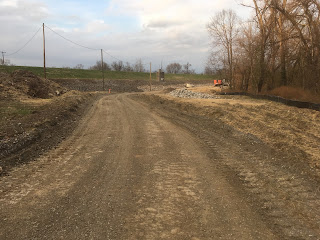