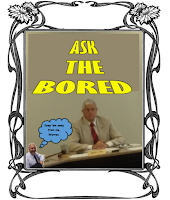 I had intended skip a turn for our weekly stroll down the civic boredwalk, because after all, this post three days ago would have sufficed.

But do I really look like a guy with a plan?

Invariably, when faced with a question they can't or won't answer, there is silence like snow falling on the earth.


As last night's council rubber-stamping should clearly attest, whatever plan I possess usually requires me to be a glutton for punishment, but then again so are they, so let's take a look at an expression of municipal principle so amazing that it might be happening on Jupiter, such are the chances of New Albany's ruling elite ever grasping it.

As heavy truck traffic is removed from the streets of Ybor City, efforts to return the area to its place as one of West Florida's most vibrant urban neighborhoods receive a major boost.

As 2016 came to an end, merchants, residents and developers in Tampa's Ybor City could look forward to a future that they themselves would define rather than a future that has been forced upon them for the greater part of 50 years by an interstate highway system.

More than 6,000 tractor trailers would cut through the neighborhood along 21st and 22nd Streets, the main exit off I-4 into Ybor City, carrying cargo to and from the Port of Tampa. A trail of destruction that crippled buildings, clogged otherwise residential roadways and thwarted redevelopment efforts followed in the wake of this heavy truck traffic.

Now, heavy truck traffic has been banned in Ybor City and redirected to a $426 million connector between Interstate 4 and Lee Roy Selmon Expressway in order to efficiently serve the port and bypass the neighborhood all together.

Removing 21st and 22nd Streets from Tampa's list of approved truck routes represented a culmination of infrastructure enhancements throughout Ybor City that are all designed to return the neighborhood into a less auto-centric, mixed-use neighborhood. On 21st and 22nd Streets alone, over $9.5 million was spent on infrastructure improvements that have included slimming down the streets from three lanes to two, widening sidewalks, adding features such as bike lanes, on-street parking and lamp posts, as well as upgrading stormwater systems and water and sewer pipes.

On the first day the official truck traffic ban went into affect, Ybor City was no longer merely an industrial area that housed the last vestiges of a legacy population too stubborn to relocate. At once, the building-shaking sounds of heavy truck traffic that once ripped right through the heart of the community went silent. Instead, the sounds of wild chickens crowing, conversations among people enjoying espressos in outdoor café spaces and children playing on playground equipment filled the air. 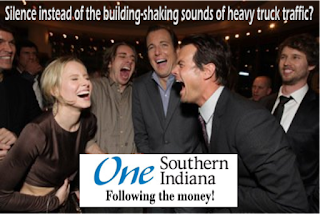 Email ThisBlogThis!Share to TwitterShare to FacebookShare to Pinterest
Labels: Ask the Bored, Board of Public Works and Safety, diesel fetishism, nice things we can't have, truck bans, Ybor City FL