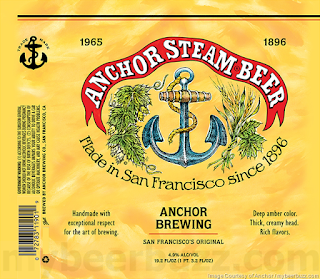 Three pieces to an ongoing puzzle, though still too early to glimpse the larger picture.

All shook up: When craft beer goes mainstream, by Pete Brown (Imbibe)

With craft brewers selling out to multi-nationals and global giants acting like craft brewers, it’s a confusing time in the world of beer. Pete Brown takes a look at how we got here and where we might go next

When looking at the beer market, it might be tempting to see craft beer as a discreet little niche, a bubble that operates differently and separately from the mainstream. But if you’re invested in the beer market, such thinking is dangerously wrong. Craft and mainstream are converging, and stories that look quite separate from each other are starting to intertwine. Let us explain …


Pardon a massive snip, straight to the conclusion.

... In one sense, craft is simply the latest stage in the ongoing, permanent state of evolution in beer, of consumer education and rising expectations. But crucially, unlike any other innovation in recent history, this one happened without the permission of the biggest brewers in the world, and those corporations were powerless to prevent it.

Craft is being assimilated by the mainstream, but not entirely on the mainstream’s own terms. After trying to belittle it, they have been forced to accommodate and accept it, and they’ve had to recognise the seismic difference that craft has made to what drinkers expect from any beer.

We are joined by veteran beer and whiskey writer Lew Bryson. We share stories, laughs and hot takes on covering booze.

Items of discussion include:

– Why Danny loves Lew.
– Our admiration of tech writer John C. Dvorak.
– Lew’s approach to writing about beer and whiskey.
– Dealing with Pennsylvania liquor laws.
– Comparing to the late 2010’s craft beer boom to the 90’s.
– Well made alcohol is well made alcohol.
– Gut reactions to new styles.


And to close this session, a look at how craft pioneer Anchor Brewing is doing under a(nother) new owner.

The unanchoring of Anchor Brewing, by Esther Mobley (SF Chronicle)

Our original craft brewery has changed radically since Fritz Maytag sold it in 2010. So who is it today?

A lot has changed at Anchor Brewing Co. in the last few years, but one thing hasn’t: how it makes steam beer.

On the second floor of the Potrero Hill brewery, built as a coffee roastery in the 1930s, workers still hand-crank the valve on the copper mash cooker, half a century old and shaped like an onion dome. In an adjacent room, steam beer, Anchor’s signature product, still undergoes fermentation in big, open-top steel bins. Almost all the time, the only temperature control is that chilly San Francisco Bay breeze, on which the original Anchor brewers wisely capitalized in 1896. The process is practically anachronistic.

Anachronism has always been part of Anchor Brewing’s appeal. It was the brewery oblivious to the beer zeitgeist, known for old-fashioned styles like barleywine, porter and, quaintest of all, steam. Steam is balanced, clean, refreshing; it’s timeless, and it’s never been cool. When craft beer exploded in the nineties and early aughts with its insatiably hoppy IPAs, Anchor stayed true to its old ways. It felt like home.

Which is why, to those who grew up on the local institution, these can feel like bewildering times. Anchor was Fritz Maytag’s, it was San Francisco’s. Now, as of 2017, California’s oldest brewery is owned by Japanese beer corporation Sapporo. Anchor was always touted as the nation’s first craft brewery. Now the Brewers Association says it can’t be called “craft” at all. In lieu of having a brew pub, Anchor always just offered a free tour, with beer samples. Now it charges for tours, and it has a trendy taproom, Public Taps, complete with a Skee-Ball machine and limited-edition beers like Boys ‘N’ Blood, a fruited kettle sour.

Suddenly it looks as if Anchor has jumped on every possible bandwagon, making beer styles you could never imagine Maytag endorsing. Meyer lemon lager? Blackberry IPA? Brut IPA? In the 45 years that Maytag owned Anchor, the brewery released just 10 beer styles. In the nine years since he sold it, it’s put 30 new styles into distribution — and that’s not counting the 60-plus beers that have shown up on the taproom menu since launching a pilot brewery in 2017.

Has Anchor lost touch with its own identity?

By modernizing, does it risk alienating the people who love it most?

And, in an era when this city worries about these things, what part of San Francisco’s identity hangs in the balance?