Speck was here. All that matters now is whether political courage exists in New Albany. 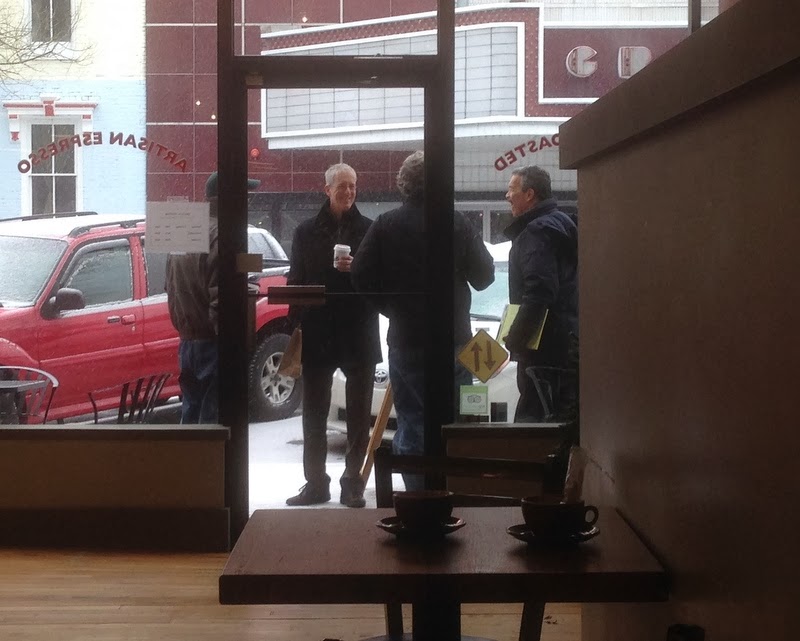 You're expecting a full report on Jeff Speck's appearance in New Albany yesterday, but I'll have to disappoint, at least until the weekend.

Of course, if you've been reading this blog for any amount of time, you've already been exposed to much of what Speck had to say. Merely searching for his name will uncover the gist of his presentation at the library. Even before Speck came to prominence through his book, Walkable City, his threads and themes were being considered in America. This, I believe, is a very important point.

Less than a year ago, when I began thrusting copies of the book at city officials, both elected and appointed, they generally looked back at me as though my beard were constructed of writhing snakes. Yesterday probably 100 persons listened to the book's author outline his general theory of walkability, and the attendance alone disproved City Hall's general theory of community disinterest.

At separate junctures, two of us heard Speck allude to a return visit. In a spirit of profound vindication, permit me just one wish: Hire Speck to do the damned study, not the same old engineering firm that customarily returns the same tired engineering verdicts.
Posted by The New Albanian at 1/17/2014 01:04:00 AM

I so wanted to be there yesterday but was unable to attend. Thanks for keeping us informed and posting the link to the video.
Now only time will tell if he was truly heard.
Again thanks as we continue to hope for nothing but the best in the future desireability for New Albany to continue its upward climb.