Apologies to Cliff Staten for the Human Rights Commission headline of August 10. 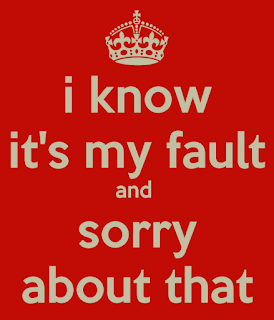 I owe an apology to Cliff Staten.

Back on August 10, I marveled at the sheer moral turpitude of Mayor Jeff Gahan's appointment of Democratic Party power broker Warren Nash to a slot aboard a revived Human Rights Commission.

In my eagerness to shine a spotlight on this crass insult to human rights campaigners everywhere on the planet, I managed instead to imply that Nash's fellow appointee Cliff Staten was tantamount to Idi Amin, and this was not my intention, so both an apology and a correction are due.

The original: Gahan belatedly rediscovers "pride," appoints Warren Nash and Idi Amin to the long lost Human Rights Commission, and disappears back into the bunker.

I thought the surreal sarcasm was obvious, and the original headline would be understood as, "If you're going to appoint Warren Nash to handle human rights, you might as well appoint Idi Amin."

But no excuses. This isn't how it read, and writers are supposed to be better than that.

Apologies to Cliff Staten. He is neither Warren Nash NOR Idi Amin.

I did not intend to compare Staten to Idi Amin, and I feel badly that this was the impression given. It also was mistaken of me to lump him into the same category with Nash. Staten served on the HRC previously; he's plainly well-meaning and otherwise purely peripheral to the local Democratic Party's perennial "fix is in" system of patronage.

Know that I'm not backing away one inch from the overarching points of the mayor's two HRC appointments reflecting (a) Gahan's pathological need for control; (b) his predilection for nepotism; and (c) an enduring tone deafness in the sense of the mayor being insensitive to the critical need for women, LGBTQ, minorities and the disabled (in no particular order) to serve on boards like this which are charged with redressing fundamental human rights injustices.

I believe these three points are both true and crucial, but approaching them from the standpoint of polemical anger only weakens the argument.

Meanwhile, as a longtime university professor, Cliff Staten himself understands the importance of diverse representation, and certainly he has shown in the past that he is very sensitive to it. Nash, not so much -- but this is all the more reason for me to refrain from cheap-shot shortcuts by incorrectly tarring Staten with the same brush.